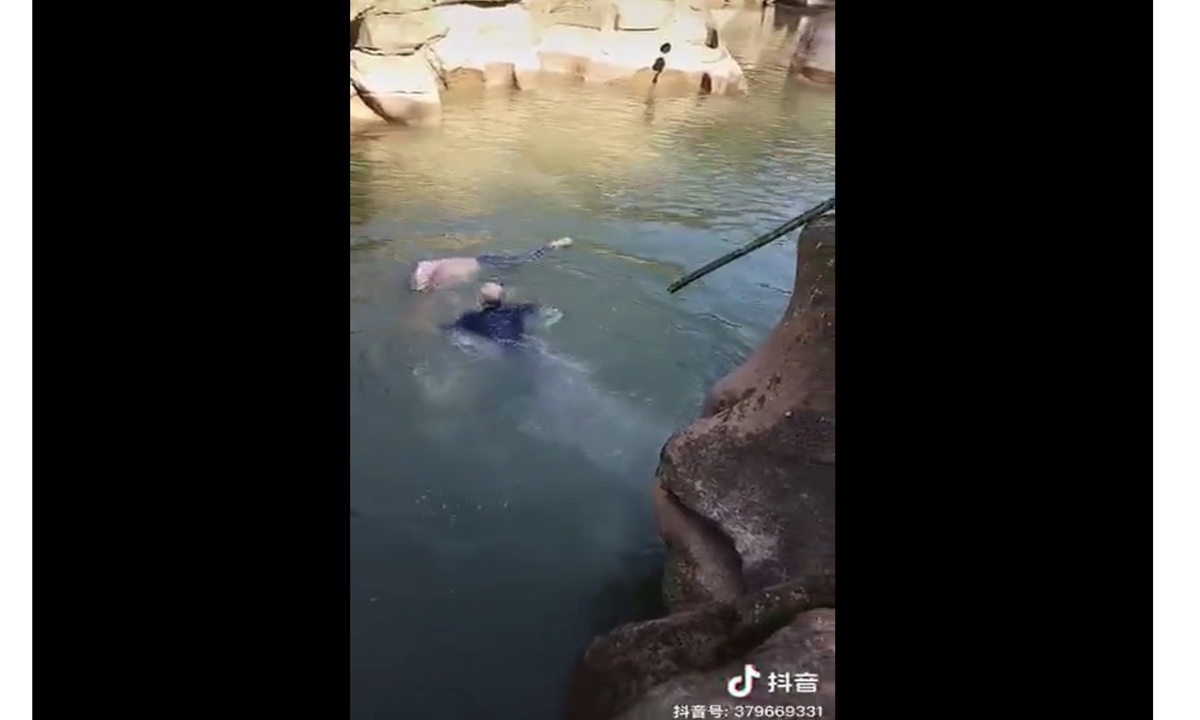 A script shot from the vedio shared widely on social media

A foundation in Southwest China's Chongqing Municipality announced on Friday it will reward Stephen Ellison, a British diplomat in China, with 50,000 yuan ($7,600) for his good deed in saving a Chinese woman from drowning, Chongqing media said.

Ellison's actions involved risking his own life to save others, receiving wide attention and praise, the foundation said.

Ellison, aged 61, the newly-appointed British consul-general in Chongqing, has been viral on Chinese social media this week after he dived into a river to save a drowning woman at a scenic spot in Chongqing on Tuesday.