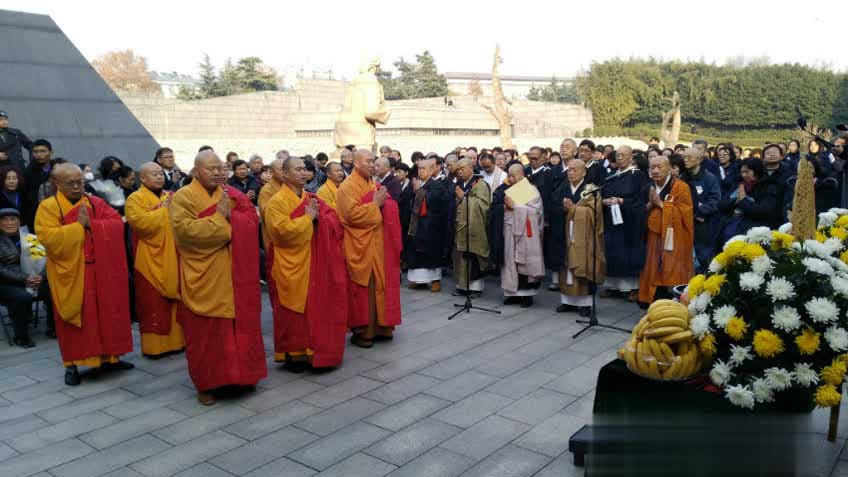 Over 200 monks from China, Japan and Sri Lanka held a religious service at the Memorial Hall for Victims of the Nanjing Massacre on Friday afternoon, paying tribute to the 300,000 people who were slaughtered 82 years ago.

They chanted Buddhist prayers of mourning and prayed for peace in front of a wall that carries the names of the victims.

At the assembly, Aori Take Shuna, abbot of Japan's Reiunti Temple, read a poem to honor the dead and prayed for long-term friendship between the peoples of China and Japan.

"We should not forget history when moving forward. And we must learn something from history. China and Japan should work together for peace in the future," said Aori Take Shuna.

This year marks the 82nd anniversary of the Nanjing Massacre. On December 13, 1937, the invading Japanese army seized the city and started a six-week-long atrocity that left more than 300,000 local civilians and demobilized servicemen dead.

Attendees from all walks of life paid silent tribute during a minute-long air raid siren. Trains, ships and cars in the city also whistled and sounded their horns. And eight wreaths were laid in front of a wall containing the names of the massacre victims.