CHINA Budget to support TCM use to double

Budget to support TCM use to double 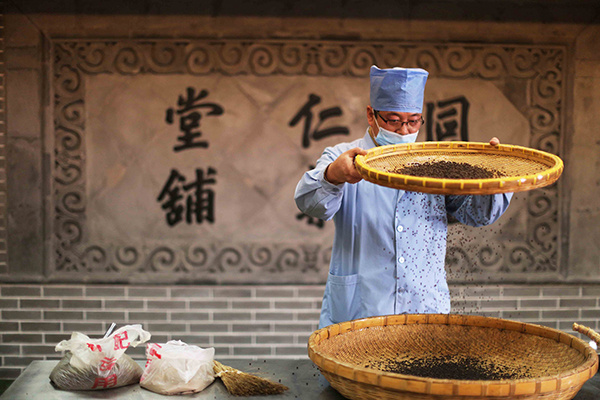 China plans to double its investment in traditional Chinese medicine in the next five years compared with the previous five-year plan period, bolstering many infrastructure projects, authorities said on Monday.

The size and scope of the support for TCM will be "unprecedented" during the 14th Five-Year Plan (2021-25) period, said Sun Zhicheng, a senior administrator at the National Development and Reform Commission's department of social development. He added that from 2016 to 2020, over 30 billion yuan ($4.57 billion) was devoted to developing TCM.

Hospitals and research institutions will join in efforts to establish about 30 innovation centers focusing on developing new TCM medications and improving clinical treatment methods, he added.

To tap into TCM's potential in treating infectious diseases, Sun said construction of major centers to prevent and control viral outbreaks is underway. They are expected to play a significant role in strengthening the country's health emergency response capacities.

As part of efforts to explore effective methods to meld TCM with Western medicine, the country will build a number of flagship hospitals that specialize in integrating these two treatment approaches, Sun said.

Lu Guohui, head of the National Administration of Traditional Chinese Medicine's department of human resources and education, said about 1,000 studios will be set up in the next five years to facilitate the work of seasoned TCM specialists at the grassroots level, up from 900 from 2016 to 2020.

"TCM doctors can get in direct touch with the public at primary clinics, and their professional skills will play a crucial role there," she said. "We will nurture more TCM general practitioners and offer more training to improve grassroots medical workers' abilities to provide TCM services."

The blueprint for key TCM projects stands out for covering a wide spectrum, from medical treatment and healthcare to education, scientific research and industry development, according to Liu Qunfeng, head of the administration's department of planning and finance.

"In addition, we have devised projects across the national, provincial, city and county levels," he said."As a handful of projects are already making headway, we are seeing a good start to the rejuvenation of the TCM industry in the next five years," he said.

Since 2012, the central leadership has considered TCM development to be of great significance, and advancing TCM has become a national strategy since 2019, authorities said.

With experience gained from the COVID-19 outbreak, the State Council released a new guideline in January that addresses prominent obstacles in the sector, Sun said.

"For instance, the guideline has allowed TCM practitioners to take tests on ancient medical literature instead of the English language when applying for TCM certificates because some senior TCM experts do not speak English," he said.