LANZHOU (Xinhua) -- He Yong, a Chinese carpenter, has created a beautiful but functional bicycle out of wood. 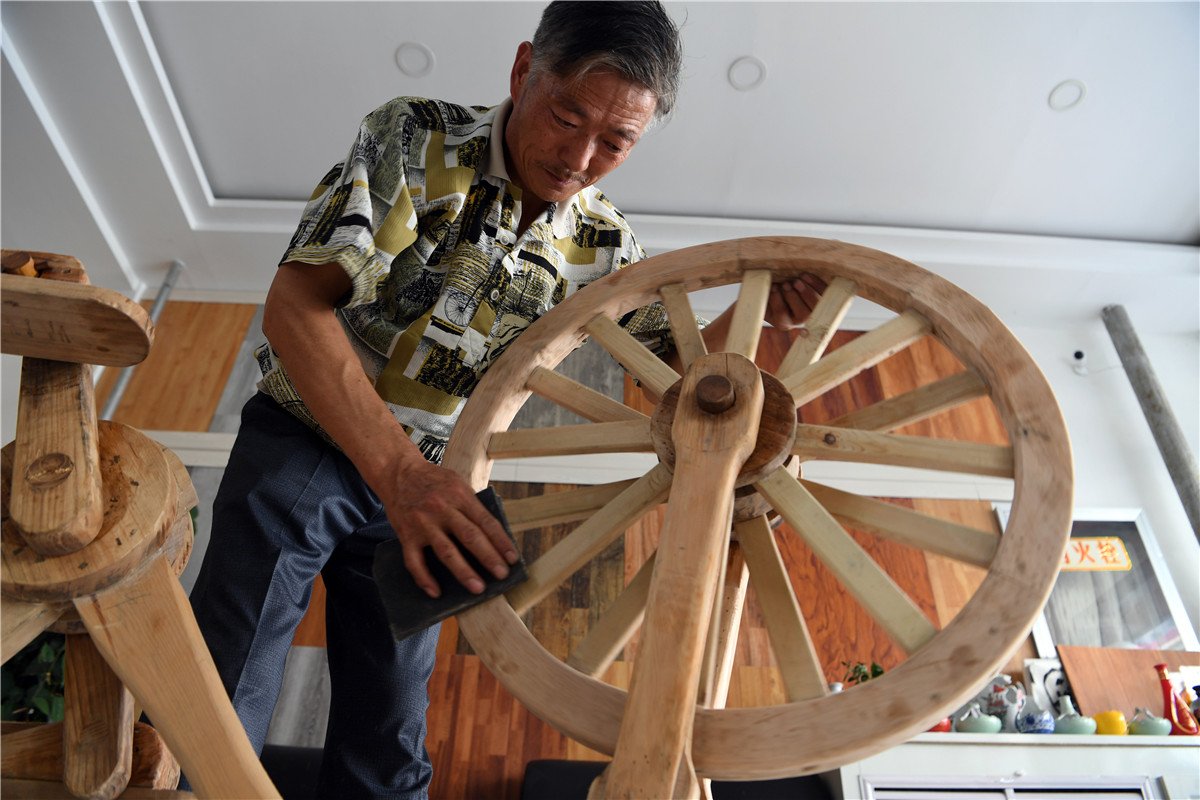 Measuring 1.8 meters long and standing less than 1 meter tall, the bicycle created by the 55-year-old carpenter in northwest China's Gansu Province is made of walnut and elm.

It took more than two months to build. Every part, from the handle, seat and wheels to the drive system, is made of wood. 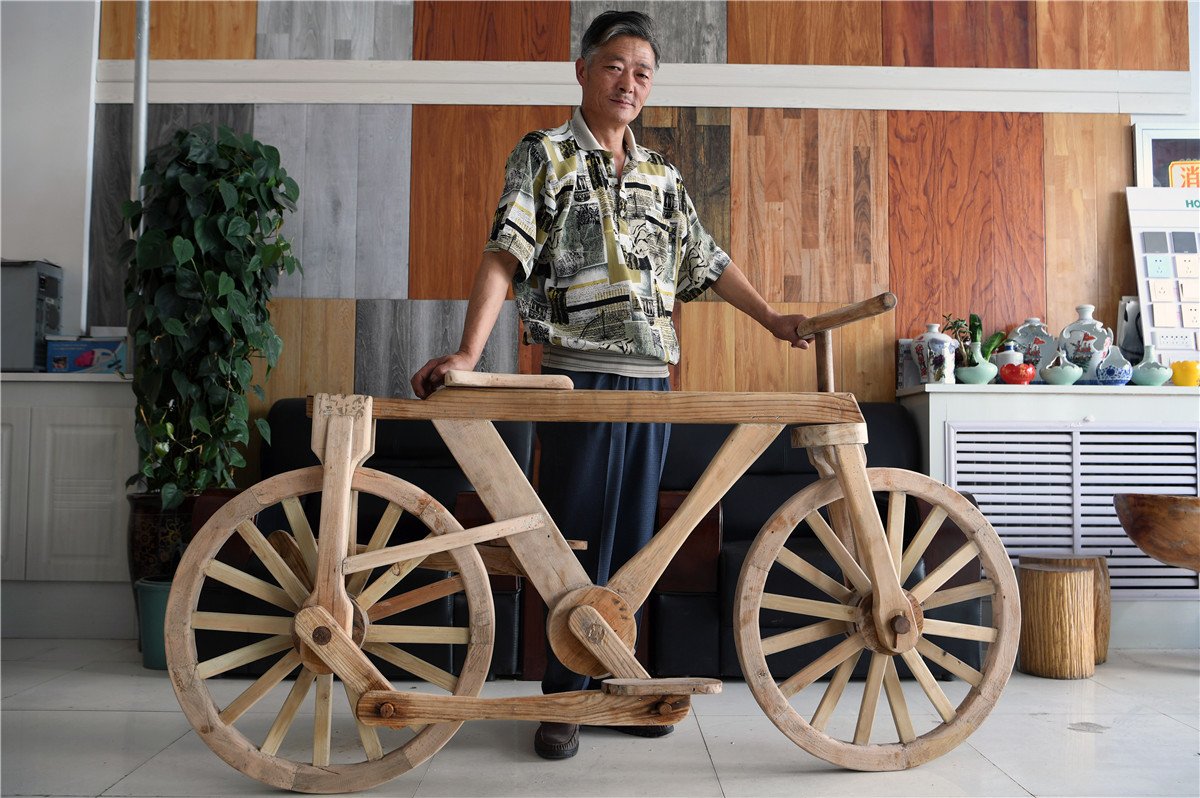 "I didn't use any nails. Different pieces of wood was connected by mortise-and-tenon joint, a traditional joint type in China," he said. "For me, the bicycle is a functional work of art."

Attracted by the woodwork of local carpenters, He bought carpentry tools with money which should be used for textbooks when he was a child. At the age of 14 he left school, despite family objections, to enter the carpentry trade. 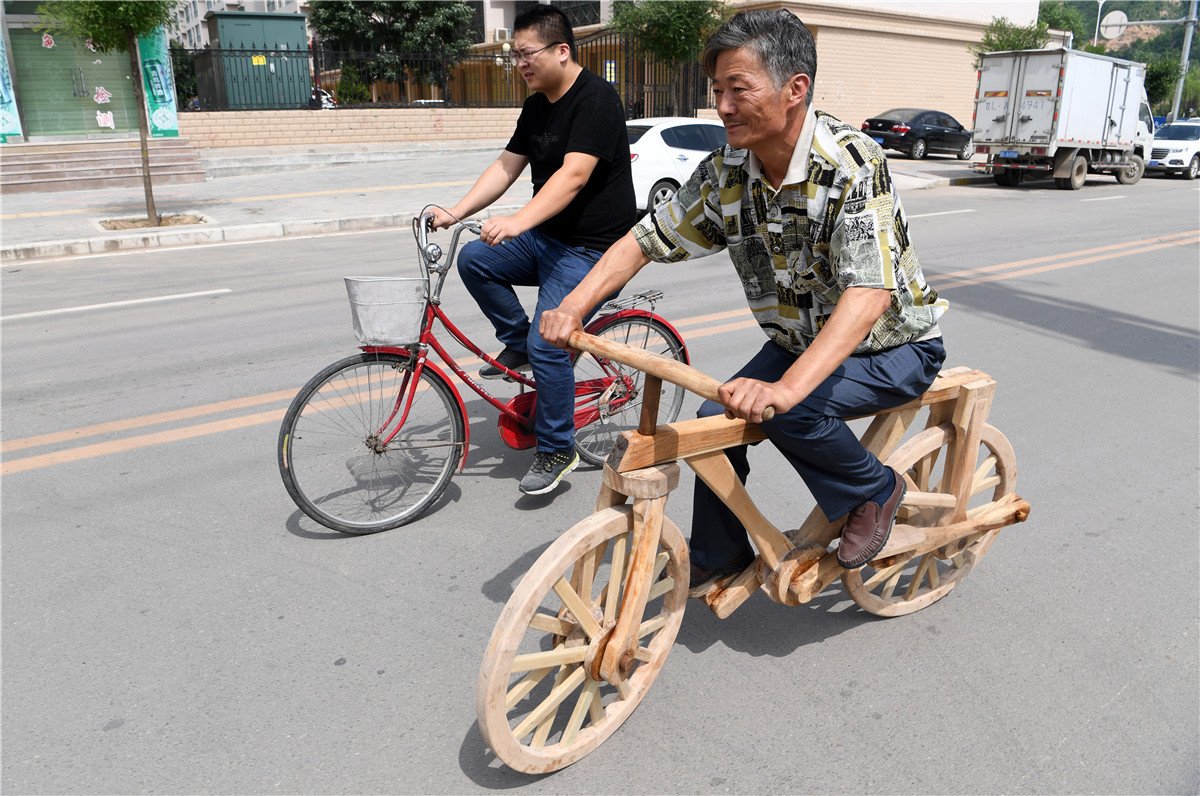 "I could make furniture for others when I was 17," he said.

The idea to make the wooden bicycle came to him in late 2016. "I'm a carpenter. I want to show the world the skills of Chinese carpenters," he said.

He became an online celebrity after he made an 11-km-long ride, which was recorded and uploaded online. 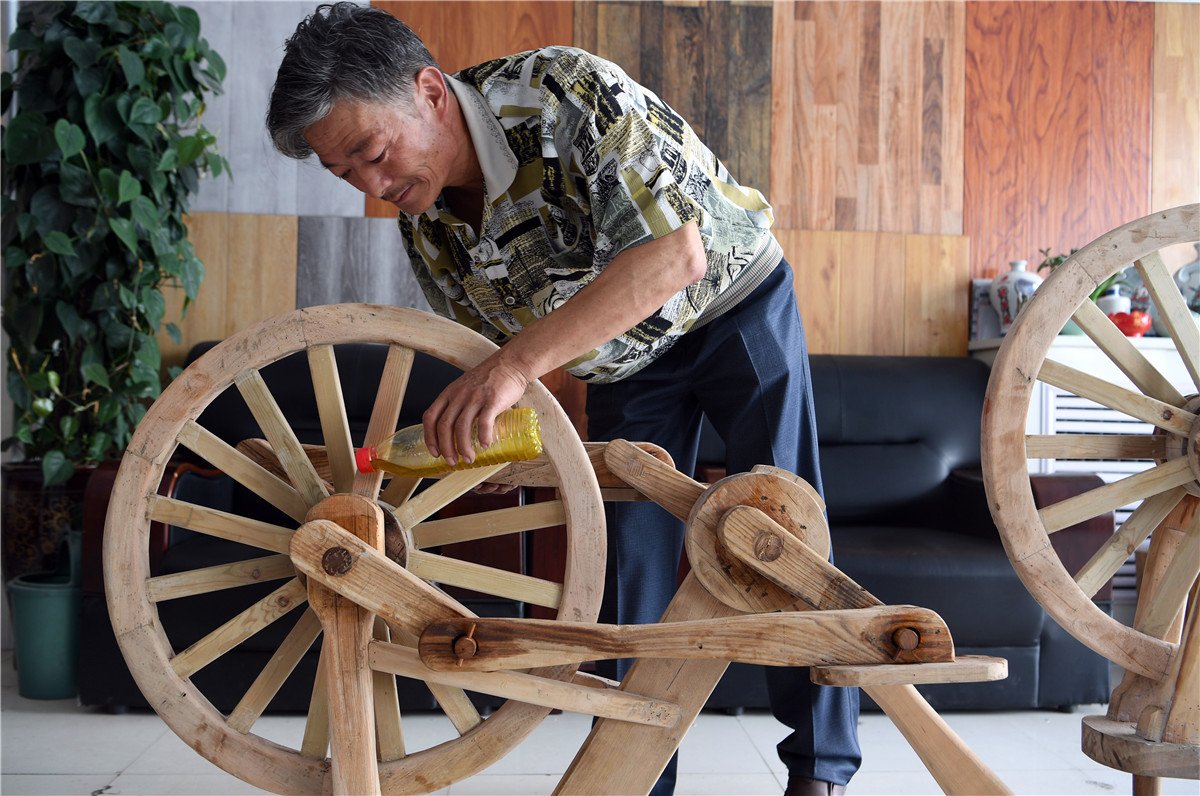 An unnamed buyer from the neighbouring Shaanxi Province has approached him, asking to buy the wooden bicycle for 30,000 yuan ($4,400), but He rejected the offer.

"The bike is like my friend. I won't sell it," said He, who has a bigger ambition. He plans to improve his creation and make it even faster than a traditional metal bicycle.