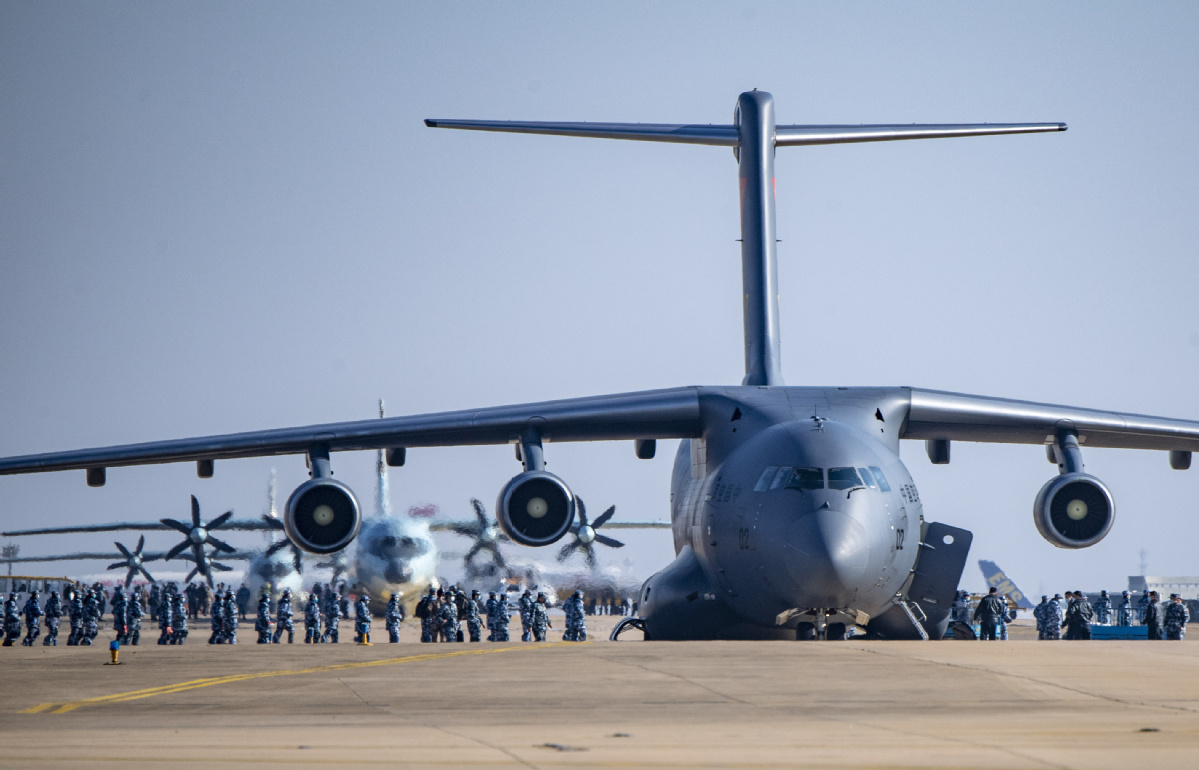 China should advance modernization of its national defense and armed forces in order to build a strong country, said Xi Jinping, general secretary of the Communist Party of China Central Committee.

Xi made the remark while presiding over a group study session of the Political Bureau of the CPC Central Committee on Thursday, two days before China's Army Day.

To develop socialism with Chinese characteristics and realize the great national rejuvenation, efforts must be made to strengthen coordination between economic development and efforts to build a strong military, he said.

This will ensure that the modernization of national defense and the armed forces accommodates the national modernization process and the country's military capability matches national strategic needs, Xi said.

According to Xi's report to the 19th CPC National Congress, the national defense and military will generally achieve mechanization by the year 2020 with significantly enhanced informatization and greatly improved strategic capabilities.

Facing the accelerated evolution of profound changes unseen in a century and the COVID-19 pandemic's deep impact on the global situation, Xi stressed that China's security situation is undergoing growing uncertainty and instability.

He said formulation of the 14th Five-Year Plan (2021-2025) for military development should be coordinated with national development planning and make reform of military policies and institutions a priority.

While high-quality, professional military talent with ability and integrity should be cultivated, Xi said efforts should be made to recruit excellent talent in various fields to throw themselves into the building of a strong army.

Xi also stressed civilian support for advancing the modernization of national defense and the armed forces, requiring central and State organs, Party committees and governments at all levels to help solve problems concerning the employment of army dependents, education of service members' children and the treatment of veterans.