CHINA Built into the cliff: China's thousand-year-old temple in the air

Built into the cliff: China's thousand-year-old temple in the air 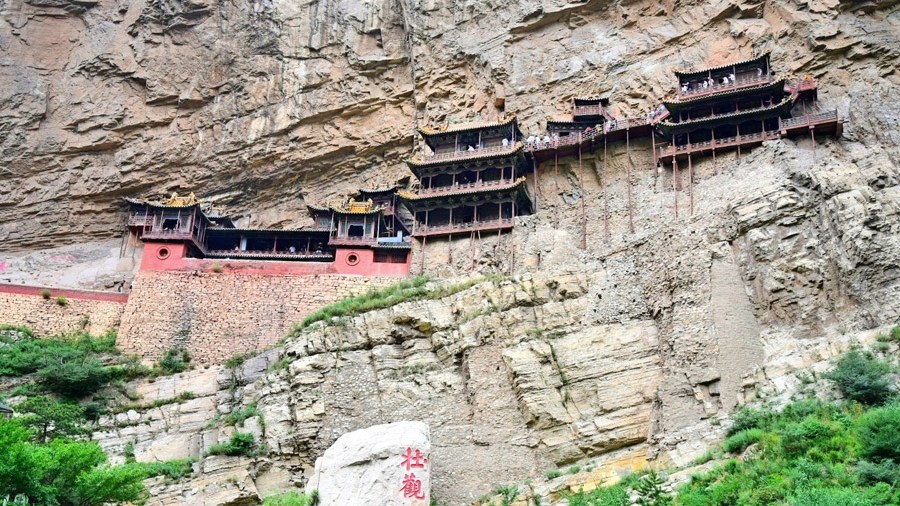 Just take a look at a map of Shanxi, you will quickly see 75 percent of the territory is mountainous. Obviously, those with a fondness for mountains will definitely have a good time here.

Where popular tourist attractions are concerned, Shanxi has the Hengshan Mountain, one of China's five sacred Taoist mountains. The mountain range also includes the famous Hanging Monastery, also known as the "Mid-Air Temple".

Built more than 1,500 years ago, this temple is notable not only for its location on a sheer precipice but also because it is the only existing temple that combines the three Chinese traditional religions: Buddhism, Taoism and Confucianism. The structure is kept in place with oak crossbeams fitted into holes chiseled into the cliffs.

Stretching past a stunning cliff, the gravity-defying Hanging Monastery is an engineering marvel and wonder of the world. In December 2010, it was listed in Time magazine as one of the world's top 10 most odd, dangerous buildings.

When you enter the Hanging Monastery, you can hear the wooden floor creak. It may be a little scary, but is definitely an unforgettable experience.

According to the travel guide, although the temple was mostly rebuilt in the 1500s and strengthened for today's crowds, it was constructed using wooden struts that cantilever out from sockets dug into the cliff. The building is rather like a series of shelves.