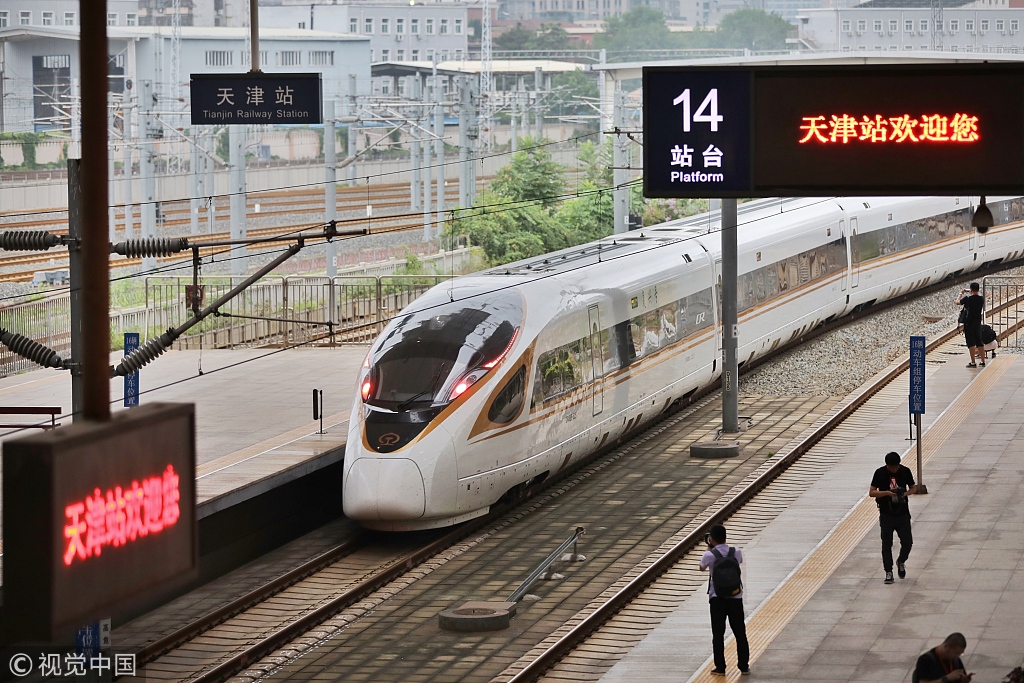 Lu Dongfu, general manager of China Railway Corporation (CRC), made the remarks at a forum on smart high-speed rail development, marking the 10th anniversary of the Beijing-Tianjin line.

Entirely designed and manufactured in China, the Fuxing, or Rejuvenation, debuted on the Beijing-Shanghai line on June 26, 2017. The trains are more spacious, reliable and energy-efficient and have a longer service life than previous models.

The maximum speed of the trains increased to 350 kph between Beijing and Shanghai in September 2017, cutting the journey between the Chinese capital and the country's major financial hub to 4 hours and 28 minutes.

Fuxing bullet trains with smarter technology will operate on a new rail linking Beijing and Zhangjiakou, co-hosts of the 2022 Winter Olympics, in 2019, according to the CRC.

Electronic tickets will be piloted in Q4 of 2018 and expanded to nationwide high-speed railways next year.

In 2020, a high-speed intercity rail between Beijing and Xiongan New Area in north China's Hebei Province will be put into use, according to the CRC.