Two bullet trains that link Beijing and Xiongan New Area have handled more than 480,000 trips since they started operation in July, according to local railway authorities.

The number included 78,000 trips made during the 40-day Spring Festival travel rush that ended in Mid-March, according to Zhu Dianping with Beijing Railway Bureau.

The trains run between the capital and Baoding City in Hebei Province, stopping in Baigou and Baiyangdian, both in Xiongan. 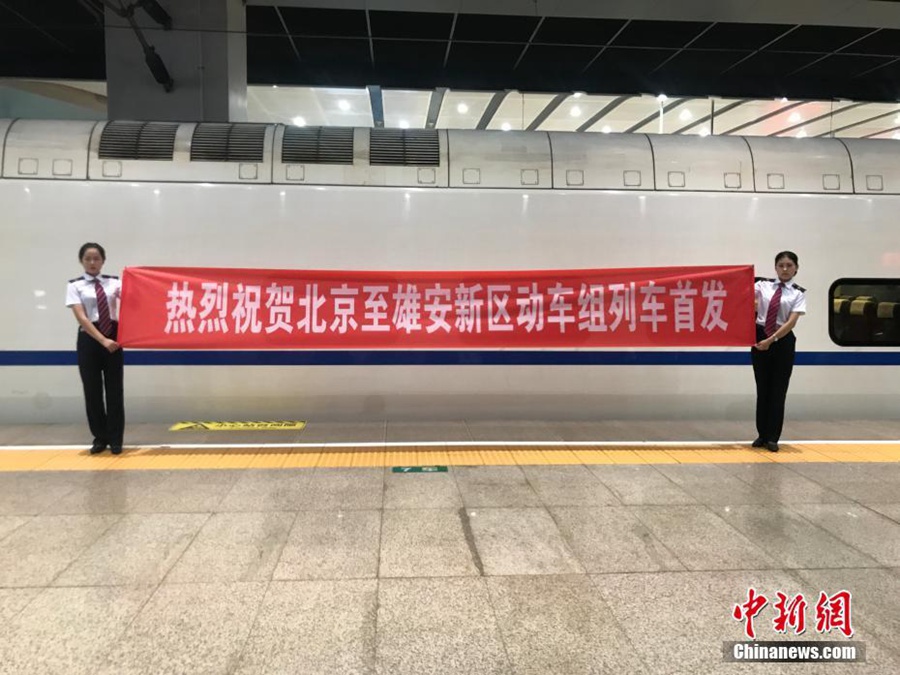 On April 1, 2017, the central government announced the decision to establish the area, which is the country's third new area of national significance after the Shenzhen Special Economic Zone and the Shanghai Pudong New Area.

The trains have benefited commuters, business people, and tourists and boosted development of Xiongan.

"Since the trains came, we have seen more customers," said Wu Yihong, a wholesaler in Baigou, which is known for luggage wholesale and is developing garment wholesale business. "I hope to see more trains here."

The passenger flow of Baigou Station has doubled with the trains' launch, according to Ge Yun, the Party chief of the station.

The trains meet the demand for one-day business trips to Xiongan. "I depart from Beijing at around 8 a.m. and arrive in Baiyangdian at around 9:30 a.m. and head back at around 5 p.m. after finishing work. It's perfect," said a woman surnamed He who often visits Baiyangdian.

On April 10, a train that runs between Tianjin City and Guangzhou City will adjust its route to stop in Baigou.

"That is what I have long expected," said Wu, who frequently goes to Guangzhou in south China to replenish stock.