Bullets fall into China as fighting in N Myanmar breaks out

Fresh conflict broke out between government forces and ethnic armed groups in northern Myanmar on Friday, with bullets falling across the border into China, according to a reporter of China Media Group (CMG).

Intense fighting between the government forces and the Kachin Independence Army (KIA) and several other ethnic armed groups started at around 12:30 p.m. in the northern part of Shan State, CMG's Wang Yuezhou reported, adding that the government forces used heavy artillery to launch assaults. 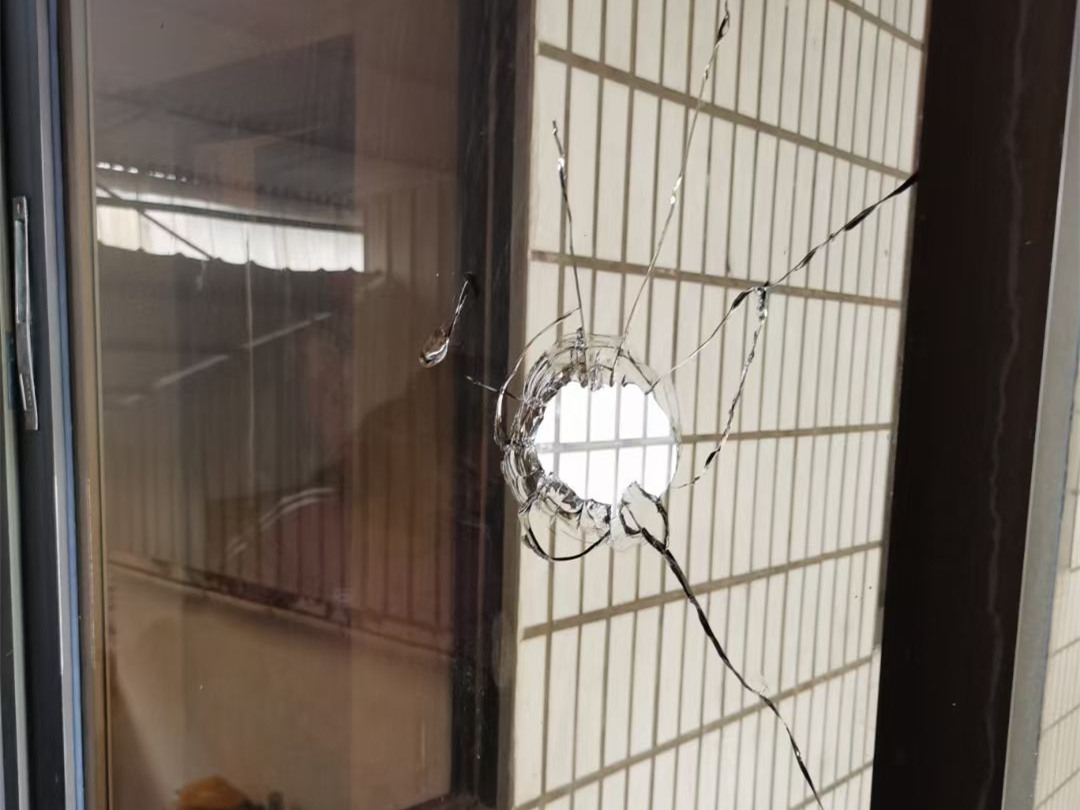 The window glass of a building in southwest China's Yunnan Province near the border with Myanmar is broken during the fighting, August 6, 2021. /CMG

Residents in southwest China's Yunnan Province near the border with Myanmar said the conflict zone was close to the border and that some bullets landed in China, causing damage to some buildings and fear among local residents.

Myanmar's government forces have been conflicting with the KIA in several areas in the north of the country in recent days, injuring a number of civilians.