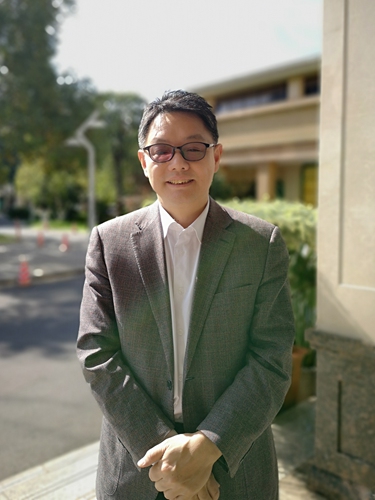 Ye Qing, a deputy director of the Statistics Bureau of Central China's Hubei Province, has been recording the stories in Wuhan for 60 consecutive days since the city was locked down on January 23.

Hubei has seen zero new confirmed COVID-19 cases for five consecutive days on Monday, which Ye said could prove that the situation in Wuhan is basically under control.

"Sixty days have passed since the lockdown and compared to before, we feel much safer and better. The outbreak in Wuhan has been brought under control just like a wild horse has been tamed. The remaining challenge is to make sure all the patients in the hospitals could be treated well, with no more relapses," Ye said.

However, recent rumors alleged that some communities in Wuhan had found confirmed cases and that Tongji Hospital had confirmed more than 100 cases of COVID-19, which Wuhan government dismissed on early Sunday.

Ye said it is because there are controversies over whether the criteria for new confirmed cases should include relapses and asymptomatic ones. The government said they are not, but worries have been surfacing regarding whether these cases will infect others. It also showed that people's recognition of the criteria is different. It is impossible for the local government to conceal the cases once they are revealed, and the punishment will be very heavy.

The governments of Hubei and Wuhan have been questioned for failing to pay enough attention to the outbreak in the early stage by still holding the local two sessions, which many believed delayed the province's response to the outbreak.

"Since Hong Kong began to enter the warning period on January 4, they were very cautious and took a risk to come to Wuhan for the meeting. Like many others, I began to realize the seriousness of the epidemic when [China's top respiratory specialist] Zhong Nanshan came to Wuhan and declared that the virus could be transmitted from person to person," Ye said.

The early response to the epidemic was passive. By the end of December 2019, some medical departments and personnel had obtained information about the virus but they did not pay much attention to that.

In Ye's Wuhan journals, he mentioned several times that bureaucratism can kill people as much as the virus, and even worse than the virus to some extent. He shared his thought on the tragedy with the Global Times the tragedy in the hotel in Quanzhou, East China's Fujian Province, which was used as a coronavirus quarantine facility but collapsed, causing 29 deaths.

"A family of five, including three children, died in the accident. They were not killed by the virus, but by bureaucracy and formalism as the investigation showed the hotel had been illegally constructed, which exposed the local government's failure to fulfill their safety responsibilities. The same was true in Wuhan. During the early stage of the outbreak, officials from some hospitals did not allow doctors to wear face masks to avoid causing panic, but other hospitals handled the outbreak much better. Such comparison shows typical bureaucracy," he said.

Ye said bureaucracy and formalism were a problem, which appeared in hospitals, the public security department and prison administration. But he stressed that it was also related to the process to understand a novel coronavirus. At the early stage, people made bureaucratic mistakes as they did not stick to scientism, and seek truth from facts.

If the communities and supermarkets could be locked down the same day as the city, Ye deemed the situation would have been much better.

"Zhong Nanshan said in an interview that if the lockdown was implemented five days earlier, it could have saved much of the prevention workload, and once the lockdown was implemented five days later, it increased the workload three times. Why were the leaders in Wuhan and Hubei reshuffled? Because of procrastination in decision-making. They failed to carry out the guidance from the central government efficiently," Ye said.

The bureaucracy exposed during the outbreak in Wuhan is a microcosm of the whole country. The government should appoint a deputy governor or deputy mayor in charge of health, who must be a professional from the health system; otherwise, the incident like the health commission head of Huanggang, the second most affected coronavirus city in Hubei, who was punished due to a lack of knowledge on the city's disease treatment capabilities and resources, would occur again, he stressed.

Ye pointed out that the understanding for local residents on bureaucracy comes from several prominent incidents.

First, eight doctors who tried to warn other medics about COVID-19 but were reprimanded by local authorities were among those challenging bureaucracy. Second, four academicians including Zhong Nanshan and top Chinese epidemiologist Li Lanjuan challenged the bureaucracy in the spirit of science. The third was on January 24, Hubei Daily reporter Zhang Yizhong said on Sina Weibo that Wuhan must make a quick decision to change the city leader.

Local residents also expressed their dissatisfaction with the bureaucracy. For example, on February 24, an audio clip of a woman in Wuhan slamming grassroots community officials and a local supermarket went viral for its outspoken expression voiced in a Wuhan accent. The emotional catharsis received netizens' applause, illustrating how public opinion supervision has had a positive impact on Wuhan.

On March 7, a video with someone shouting "It's fake! It's fake!" went viral on China's social media platform. Residents shouting loudly from their windows to accuse property management of cheating them by only appearing to provide promised necessities when the central government guide group inspected the community.

The situation has got much better now as the authorities have punished hundreds of high-level officials for negligence of duty. These officials are focusing more on actions than words, he noted.

Wuhan police on Thursday revoked a reprimand order against Li Wenliang, the "whistleblower" doctor in Wuhan who died from COVID-19, and two police officers involved in handling Li's case were punished for dereliction of duty, following recommendations of a closely-watched investigation by China's top supervisory body.

Ye thought it's only part of the investigation findings. Officials from the local health commission, the hospital and the public security bureau would be dealt with later. "The announcement doesn't mean investigations would stop there. More accountability to officials will follow," he said.

Ye also believed that major officials in the city and province have been reshuffled. After the outbreak is completely controlled, more officials would be held accountable for dereliction and poor performance.

As the global epidemic situation has entered a very difficult period, Ye said the lessons and experience drawn from Wuhan and Hubei in handling the outbreak can be shared to other countries struggling to control the virus spread.

"We can call it the Wuhan experience. First, they could learn to divide people into four categories: confirmed cases, suspected cases, cases showing symptoms of fever and cases with close contacts. We have done it in Wuhan in the early stage and other countries, who are now in similar situation as Wuhan, can do it. Second, isolation hospitals and makeshift hospitals could be established. Third, they could ask help from medical staff from other cities to save the place hit hardest by the epidemic. Last, they could also learn to lock down cities, communities and supermarkets, Ye said.

Meanwhile, as the Hubei provincial government is actively urging local residents to return to work in other cities, Hubei employees still face discrimination. He noted that it is understandable for some cities, especially metropolitans, to be cautious about workers from Hubei as they have been struggling in dealing with imported cases of infection. But some discrimination reported in the media are too extreme.

"As the situation in Hubei has improved and those who can go outside for work are basically safe, there is no need to discriminate them," he said.

Since most major enterprises in Hubei have resumed work and an increasing number of tech companies are also restarting operations, Ye said he is confident that Hubei's economy can recover in the second half of the year.