CHINA Burkina Faso will adhere to the one-China policy 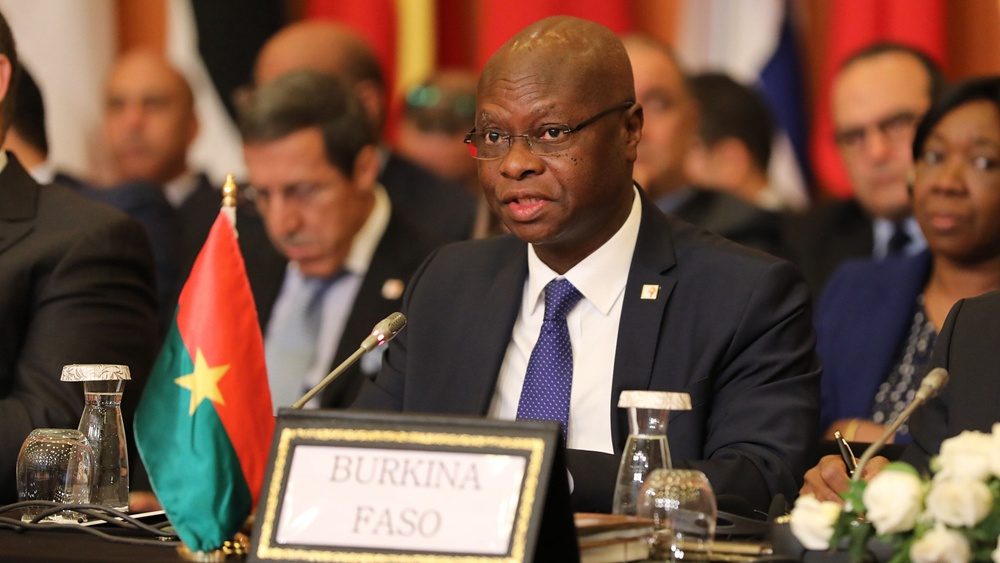 Wang Yang, chairman of the National Committee of the Chinese People's Political Consultative Conference, on Monday met with Burkina Faso's Foreign Minister Alpha Barry in Beijing.Wang Yang asked the foreign minister to convey President Xi Jinping's greetings to Burkina Faso's President Roch Marc Christian Kabore and hailed the resumption of the diplomatic ties between the two countries.On Saturday, Barry signed a joint communique with Chinese State Councilor and Foreign Minister Wang Yi in Beijing to resume diplomatic ties between the two countries.The Burkina Faso government's decision to recognize the one-China policy and resume diplomatic ties conforms to the trend of the times and meets the consensus of the international community, said Wang.Hailing the complementary economies and broad prospects for cooperation, Wang said China is ready to work with Burkina Faso to advance bilateral ties in a healthy way and open up a new chapter of China-Burkina Faso friendship and cooperation."China welcomes Burkina Faso to the Beijing summit of the Forum on China-Africa Cooperation in September, expecting Burkina Faso to play an active role in making the summit a success," said Wang.

Conveying President Kabore's greetings to President Xi, Barry said the resumption of the bilateral ties conforms to the historical trend, which has won support from the Burkinabe people.Barry said that Burkina Faso is happy to come back to the big family of friendly cooperation between China and Africa and will adhere to the one-China policy, advance cooperation with China and make contributions to bilateral ties as well as the ties between Africa and China.