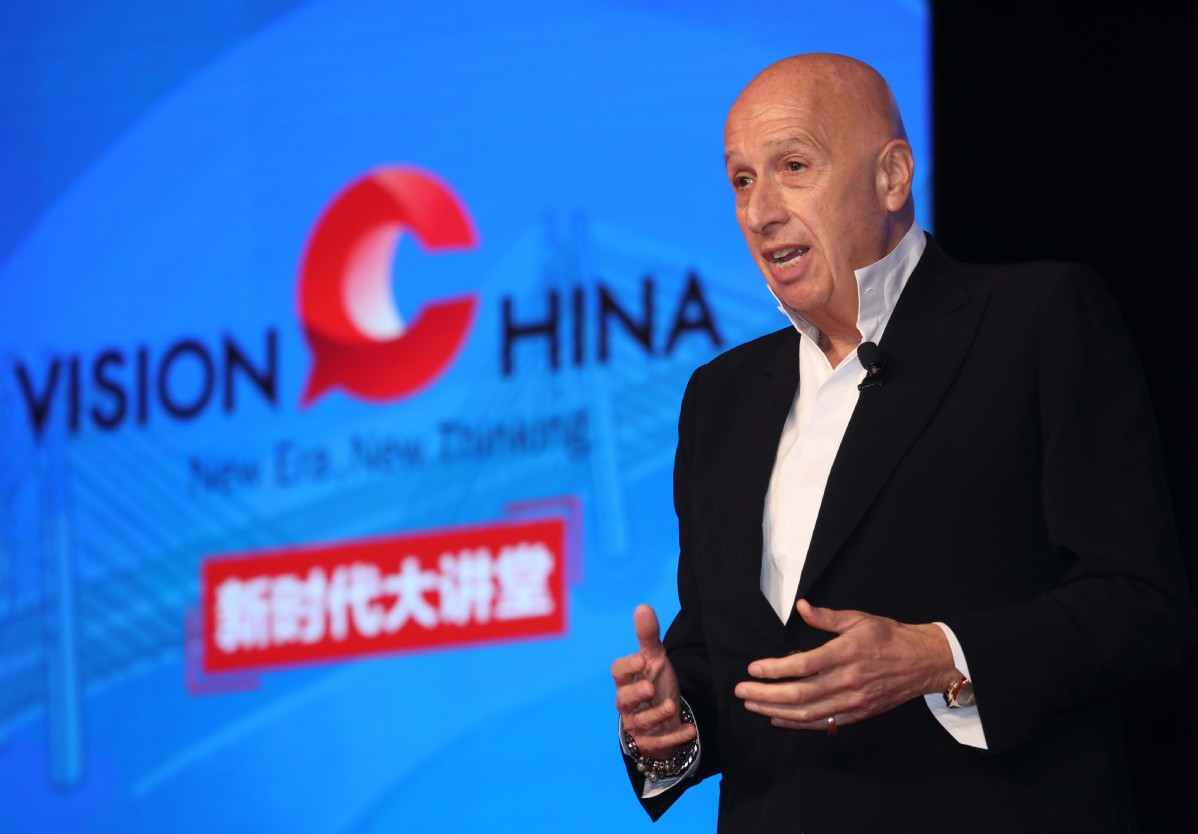 Zeman, founder of Hong Kong nightlife district Lan Kwai Fong, made the comment at the Vision China forum in Macao on Wednesday.

He urged youngsters to look at things with different eyes and see things other people do not see. As a successful businessman, Zeman said, he always looks at things as "not what they are, but what they could be".

Through this perspective, he said the bay area shows tremendous promise. Last year, the gross domestic product in the area reached $1.5 trillion and it had 70 million residents. By 2030, it is likely to have 80 million people and the GDP could grow to $3.5 trillion.

Seeing the vision of China, Zeman came across the world from Montreal, to Asia decades ago. He has been living in Hong Kong and Macao for 48 years, and his best known tie to Macao is through his role as nonexecutive chairman of Wynn Macau, a subsidiary of US-based hotel and casino firm Wynn Resorts.

Zeman had his first office on the Chinese mainland 35 years ago. In recent years, he has felt like he has been reading and living in a history book on China, watching changes take place, which are fairly "mindboggling".

"So when this vision for the Bay Area came along, I'm supposed to be this visionary entrepreneur again," he said. "And every business person around the world wants to become part of it."

Zeman noted Hong Kong, Macao, Shenzhen and Guangzhou are four economic pillars in the area. He believes every city has its own uniqueness and they can work together as a family but still be competitive.

Hong Kong could support the development of the area with its strength in financial services. Macao used to be a small charming city with Portuguese culture, but now is on its way to becoming a tourism and leisure center. Shenzhen remains a cradle of technology giants and Guangzhou will focus on commerce and trading.

"These could present many best opportunities for young people in the area in many years," Zeman said.

He urged youngsters to venture into the Bay Area, have a future there, study hard and embrace technology.