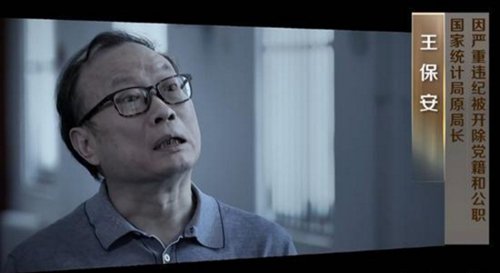 A businessman in North China decided a son may be a good gift to bribe a former high-ranking official but ended up with two years of probation.

The man, named Guan Chengshan, benefited from State financial incentives by bribing Wang Baoan, who had been assistant to the Minister of Finance and was deputy minister by then, China Central Television (CCTV) reported on Thursday.

Knowing that Wang, who was around 50 years old, had always wanted a son, Guan paid a surrogate fee of 3.46 million yuan ($0.49 million) to Wang, who became head of the National Bureau of Statistics in April 2015.

However, only a week after the second son was born, Wang was put under investigation for serious violations of the law and regulations, such as trading his power or money for sex, engaging in suspicious activities, and making statements on major issues that violated the spirit of the central government.

Wang was sentenced to life imprisonment by a local court for accepting bribes of more than 153 million yuan on May 31, 2017, and all his personal property was confiscated.