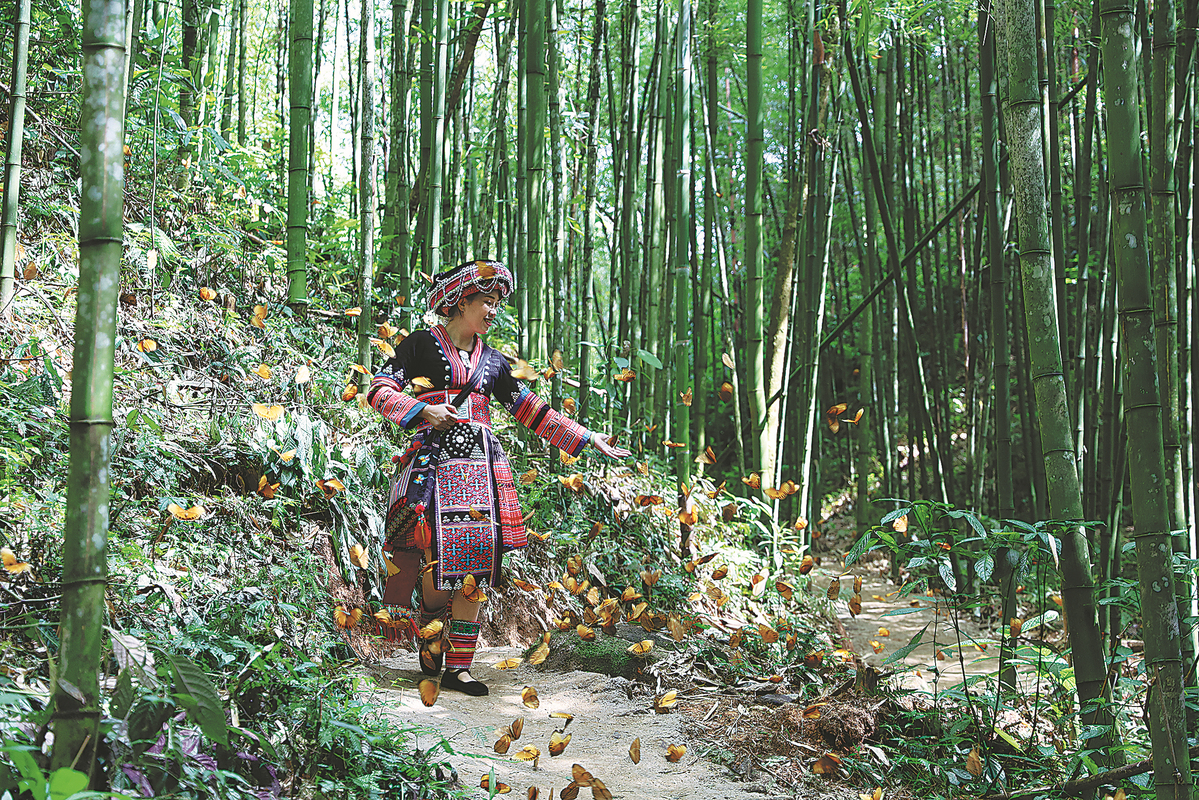 Monthlong hatching in a valley in Yunnan is an annual display of beauty, but tourism must be handled carefully

The hundreds of millions of butterflies hatching in a valley in Yunnan province this month, an annual spectacle that gives the area its name, are the result of its climate and vegetation, experts said.

Located in Ma'andi town in the Honghe Hani and Yi autonomous prefecture, Butterfly Valley has the climate and kind of vegetation on which butterflies thrive, said Hu Shaoji, associate researcher at Yunnan University's Institute of International Rivers and Eco-Security.

The Jungle Queen butterfly (Stichophthalma camadeva) is the main species seen during the monthlong season. Its caterpillars feed on bamboo, which grows profusely in the valley, permitting their population to prosper, Hu said.

"The different elevations have created a variety of climates in a very small area, as well as great plant diversity. This results in habitats suited to a variety of butterflies that live off different plants," he said.

Last year, the estimated population of Jungle Queens was 150 million, and this year it is over 100 million. For such a large population, the data can be interpreted as stable, he said.

Zhou Xuesong, a biodiversity conservation expert from the Southwest Forestry University, said that the climate in Butterfly Valley is sultry, and as warm, humid air rises over the mountains, it creates heavy rainfall. "These are the most suitable conditions for butterfly breeding and hatching," he said.

Another reason for the abundance of butterflies in the valley is the lack of natural predators and other restricting factors, Zhou said, adding that follow-up surveys conducted by the university since 1998 showed that there were more than 400 species of butterflies in the valley. As a reference, many of the country's provinces and autonomous regions have butterfly checklists of less than 400 species. "It is a typical place, home to diverse species. The butterflies there have evolved into many varieties and subspecies," he said. "Also, our survey shows that the annual hatching of Jungle Queens is harmless to both the environment and humans."