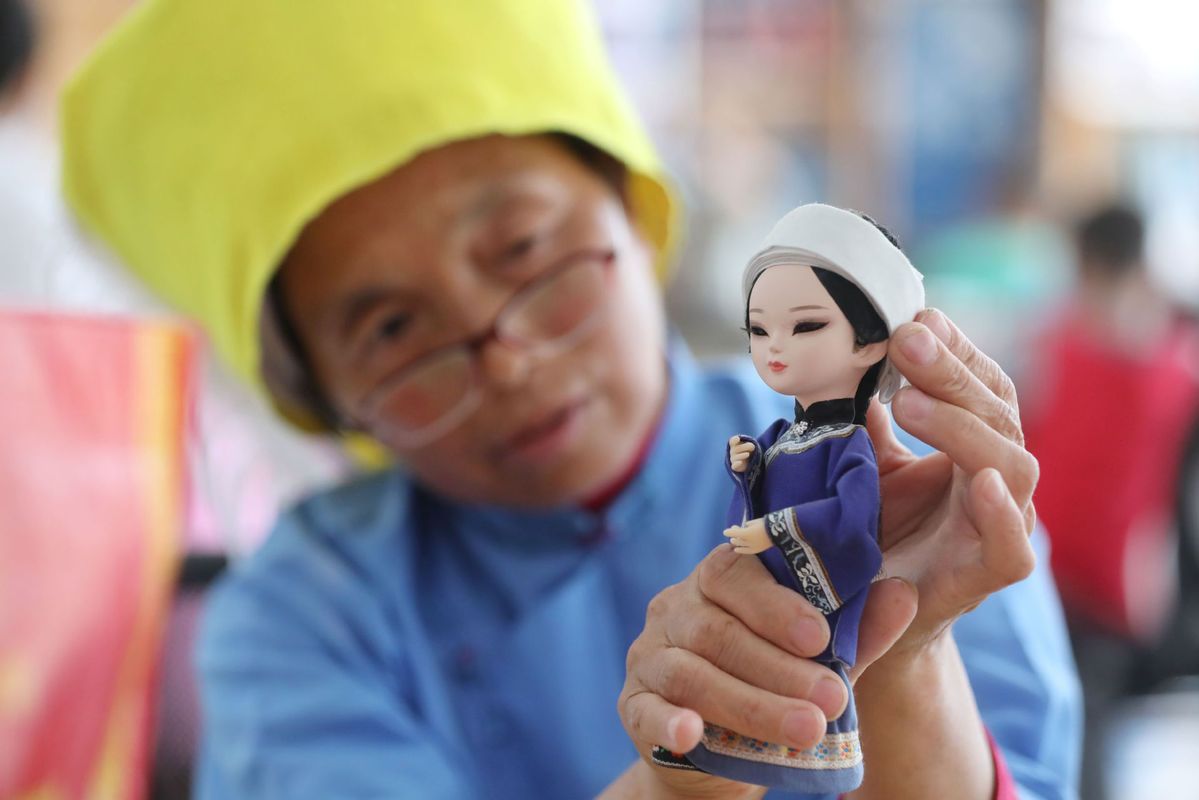 A worker makes handiwork at a poverty-alleviation workshop in a resettlement area for the poor in Huishui county, Southwest China's Guizhou province, May 6, 2020. (Photo: Xinhua)

Luo, 52, is the oldest among the 30-some women being trained on how to make Chinese dolls in a workshop at the Xinmin residential community in Huishui county, Southwest China's Guizhou province. The workshop, Tangrenfang, is one of the workshops for poverty alleviation of the county.

"Putting down my hoe, I always wanted to find something to do," said Luo, wearing blue clothes and a yellow cap -- the traditional costume of the Buyi ethnic group.

The former farmer was relocated to the county seat from Mashan, an ethnic minority region and one of the poorest areas suffering from serious rocky desertification.

As part of the government efforts to eliminate absolute poverty by 2020, China plans to relocate nearly 10 million poor residents from remote barren and disaster-prone areas to more habitable places between 2016 and 2020.

For them, relocation is only the first step. Governments of various levels are making efforts to help the relocated find jobs at their doorstep by cultivating industries, introducing enterprises, encouraging entrepreneurship, developing public welfare jobs and setting up poverty alleviation workshops. 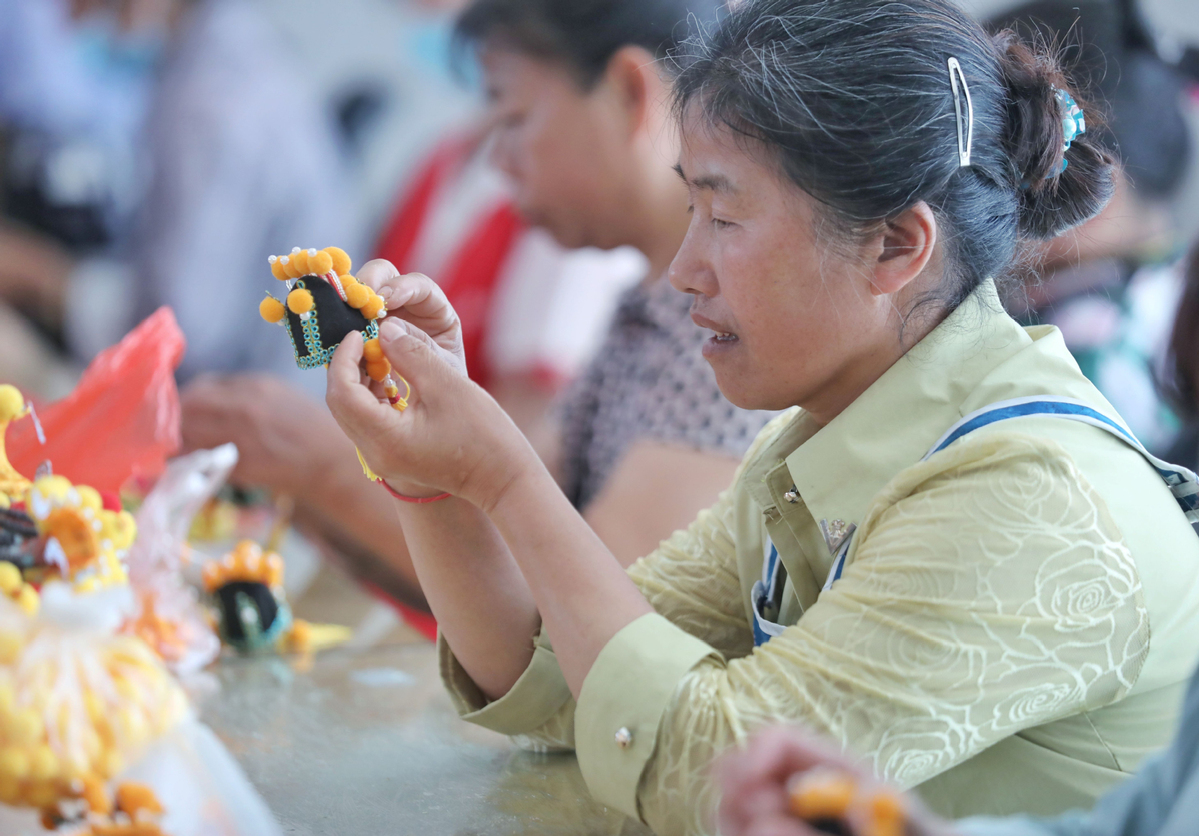 Workers make handiwork at a poverty-alleviation workshop in a resettlement area for the poor in Huishui county, Southwest China's Guizhou province, May 6, 2020. (Photo: Xinhua)

Before the relocation, the Huishui county government determined the size of resettlement sites in accordance with nearby job vacancies.

Long Yuanbi, head of the Tangrenfang poverty alleviation workshop, said the doll workshop has secured more than 40 jobs, providing monthly wages as high as 3,000 yuan (about 423 U.S. dollars) for each skilled worker.

According to Long, their mother company, Beijing Tangrenfang Culture Development Co., Ltd., provides raw materials, orders and technical training, and purchases all their products from the workshop, which will mainly be sold to tourists as souvenirs.

Of the product payments, 10 percent will be retained as dividends for poor households and collective funds of the community, she said.

As the new home to nearly 6,000 relocated poor residents from more than 170 villages, Xinmin is a typical relocation community where more than two people have been employed per household on average.

Since 2015, Huishui County has completed the relocation of 17,000 impoverished people. Apart from the community workshops, an economic and technological development zone with 300 companies has offered more than 5,000 jobs.

"As long as the relocated people are willing to work, we will help them find a way," said Luo.

Over the past four years, China has relocated 9.3 million poor rural residents to more inhabitable areas, 9.2 million of whom were later lifted out of poverty, the National Development and Reform Commission, the country's top economic planning body, said in March.