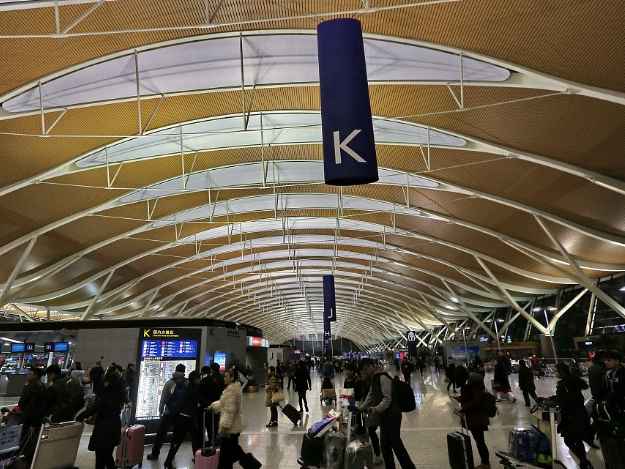 According to the Civil Aviation Administration of China, the coverage rate of direct routes between hub airports and feeder airports is 25.6 percent, and the percentage is only 0.6 percent between feeder airports.

"Quite a number of passengers have to recheck their luggage and clear security for the next flight when they are flying different airlines to their destination. And passengers' rights cannot be better guaranteed when a flight is delayed or cancelled," said Jin Junhao, deputy inspector of the aviation administration’s transportation department.

"At present, passengers are not able to have their luggage checked throughout their destination in any country, unless their tickets are booked from airlines in the same alliance, or the airlines have a code-sharing partnership. " Jin said.

Under the pilot plan, passengers can enjoy such services through the cooperation between the airports or get code-sharing provided by the airlines.

China had a total of 235 certified civil transport airports by the end of 2018, among which 37 airports reached the 10 million annual passenger throughput.