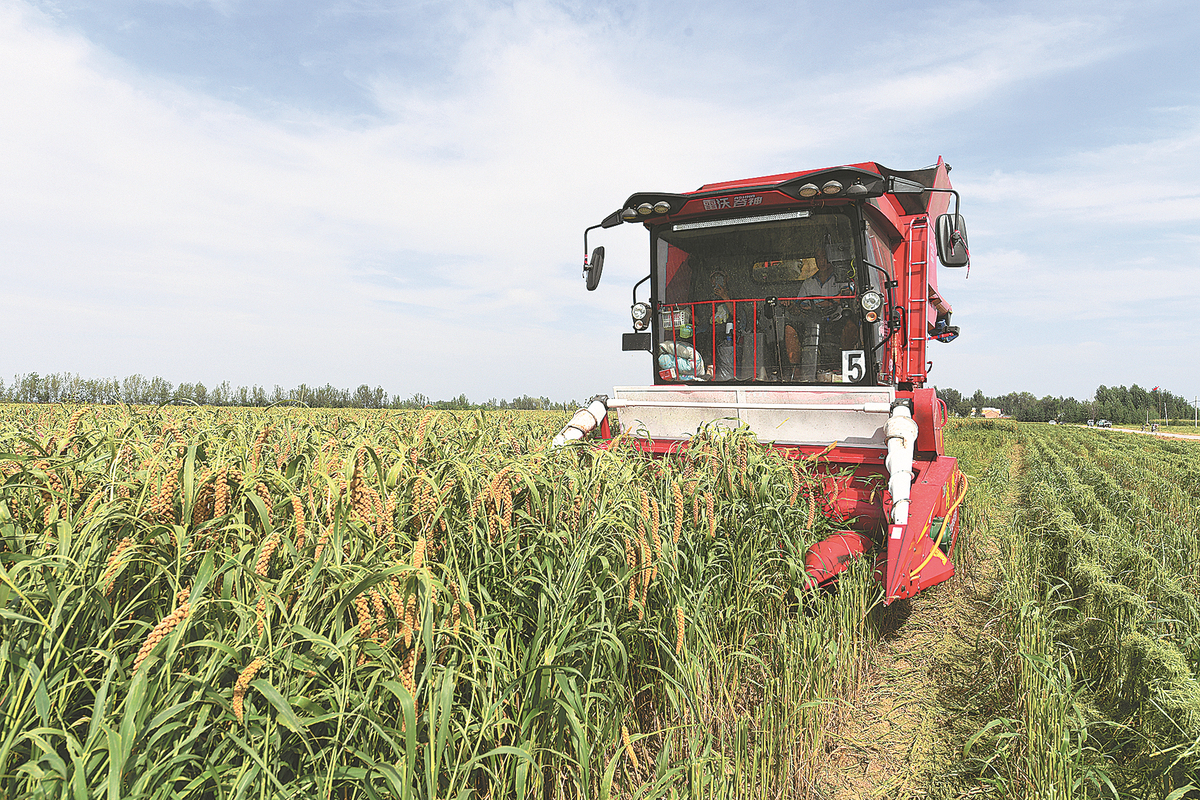 The Chinese Academy of Agricultural Sciences on Wednesday released ten significant scientific and technological achievements made in the past decade.

China has established a prevention and control system of avian influenza viruses such as H7N9 and H5N8, and developed effective vaccines that completely intercepted the transmission of H7N9 among poultry while preventing people from getting infected, according to CAAS.

Excellent new varieties, including a high-yield early rice variety and a heat-tolerant wheat variety, have been developed over the past decade to ensure the grain harvest and national food security.

The academy has cultivated high-oil rapeseeds and high-quality vegetables, which helps the increase of farmers' income and rural vitalization, said Wang Hanzhong, vice-president of the academy.

The approval of independently developed poultry varieties, such as white feather broiler, has broken the country's reliance on imported breeders and techniques.

The development and promotion of techniques to effectively test agricultural products also contributed to food safety and quality, Wang added.

CAAS's Party Secretary Zhang Hecheng said authors from the academy published 55,000 papers over the past decade, including 99 on top journals such as Nature, Science, and Cell.

By 2025, China is expected to establish a scientific innovation system of modern agriculture, with one third of studies reaching the leading level of the world, Zhang said.

He added that major scientific discoveries and technological breakthroughs will increase by 40 percent and 20 percent respectively.

The academy's ten landmark reform achievements were also released during the event in Beijing.