Call for measures to boost water quality of key lake 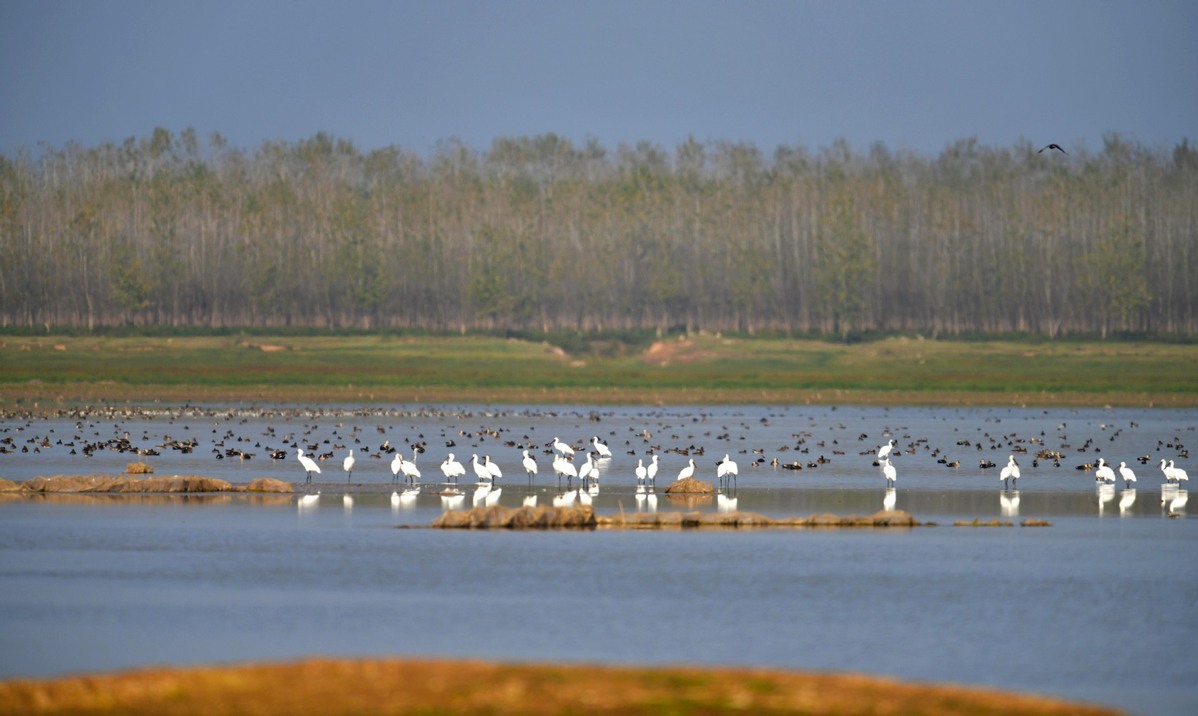 The water quality in recent years of Dongting Lake, the country's second-largest freshwater lake, continues to improve but the rate of decrease in total phosphorus concentrations has slowed significantly, a political advisor said.

Pan Biling, member of the standing committee of the Chinese People's Political Consultative Conference National Committee, said that the situation poses difficulties for efforts to tackle excessive phosphorus in the lake.

Excessive phosphorus affects water quality, and leads to eutrophication (oxygen depletion which results in excessive algae) in the 2,625-square-kilometers lake. The lake is crucial in maintaining the relationship between rivers and other bodies of water in the middle and lower reaches of the Yangtze River as well as the ecological balance.

Pan, also deputy director of the Ecology and Environment Department of Hunan province, believed part of the reason for the build up is that the lake area is located in an important grain region, with a large agricultural area that has high fertilizer and pesticide usage. It is also an important pig breeding and aquaculture base, with relatively backward pollution control.

Additionally, the lake is one of the four reed-producing areas in China, which can be used to produce paper. However, due to the adjustment of industrial structure and the withdrawal of papermaking capacity in the area in recent years, the reed hasn't been effectively dealt with.

This, causes a decay of the reed and the release of nitrogen, phosphorus and other elements affecting the ecology, he said.

The phosphorus also comes from provinces and cities in the upper reaches of the Yangtze River as well as cities in Hubei province, he said.

"At present, the macro decision-making and supervision for regional economic development and ecological protection as well as the ecological compensation mechanism have not yet been established. There is still room to strengthen inter-departmental coordination and simultaneous governance of the upper and lower reaches of the Yangtze River basin," Pan said.

He suggested that the government should survey pollution sources, improve the capacity to monitor and control total phosphorus, and strengthen the management of pollution.

In addition, it's better for the central government to fasten approval of categorizing the lake as a national park and adopt a compensation mechanism for wetlands in the area, he said.

These mechanisms refer to government compensation for the cost of ecosystem protection or restoration, or investment in areas or objects with great ecological value. Authorities also punish and charge individuals or groups who destroy the natural ecological environment to compensate for the losses.

It has been decided at State level to build a compensation mechanism for wetlands, but it is not yet decided how to do it, he added.

Still, Pan believed that building a wetland compensation mechanism in Dongting Lake is a reward for the contribution made by the area to China's ecological security, and it will also play a greater role in restoring the ecological environment of the Yangtze River basin.