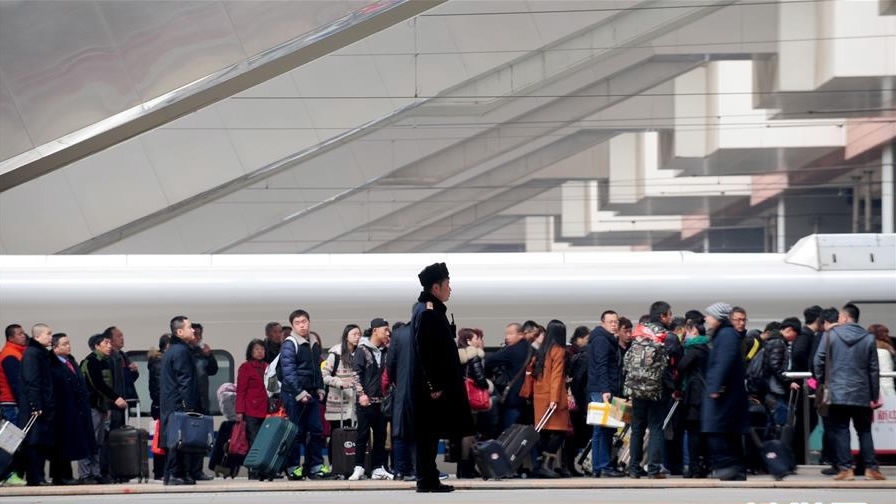 BEIJING, Jan. 8 (Xinhua) -- China's railway public security authorities have launched a campaign to ensure security during the travel rush for the upcoming Spring Festival, which falls on Jan. 25 this year.

Railway public security authorities across the country will step up security control, severely crack down on crimes concerning ticket sales, theft, robbery and fraud and punish illegal behaviors such as taking others' seats and refusing to move, according to a meeting held Tuesday in Beijing.

This year's travel rush for the festival will last 40 days from Jan. 10 to Feb. 18. A total of 440 million passenger trips are expected to be made by railways during this period, an increase of eight percent over a year ago.

The Spring Festival is a traditional time for family reunions in China. People in the country will enjoy a seven-day public holiday.