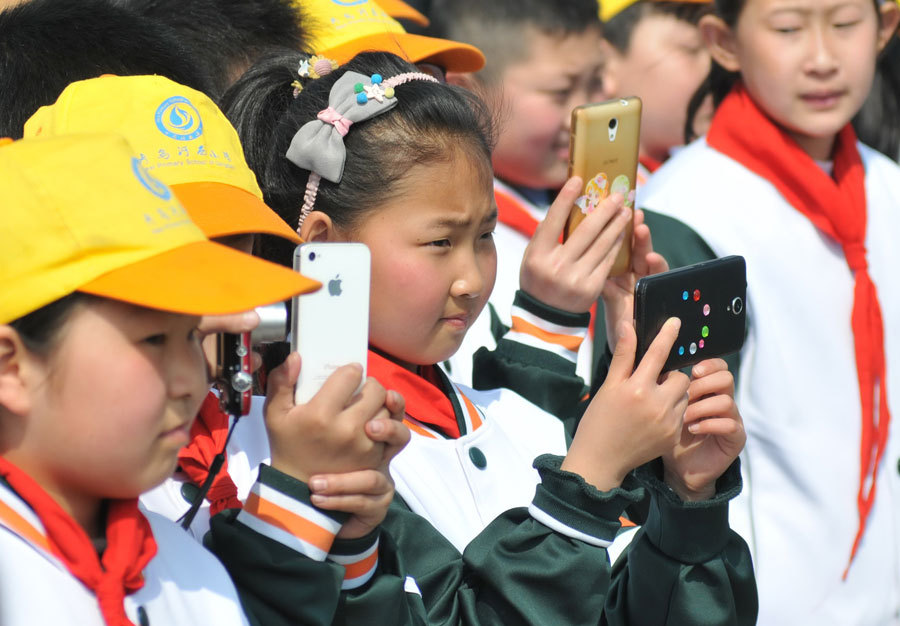 A campaign aimed at strengthening child protection and creating a cleaner online environment was launched by China's top internet watchdog on Wednesday.

The Cyberspace Administration of China said the campaign will focus on seven major issues related to children, including the use of sexually explicit memes featuring children, and accounts or platforms that encourage children to commit suicide or make vulgar videos.

The platforms have rectified the problems and cleaned up all improper content and accounts, it added.

Demonstrating zero tolerance and proposing stringent punishment for anyone found harming children online, the administration said it will extend its inspections to livestreaming and short-video platforms to bar under-16s from being online hosts and to prevent underage users from being encouraged to reward hosts financially.

The watchdog said that pornographic and violent content on online platforms must be cleaned up and that online education service providers are not allowed to show adverts or information unrelated to education, including online games, vulgar novels and entertainment-related livestreams.

The administration said it will also mandate the removal of graphic novel characters that are indecently dressed and story lines with disturbing or violent content that might be easy for minors to imitate.

A number of other public concerns will also be addressed during the campaign, including netizens insulting celebrities or making false claims about them in support of their own idols, those encouraging youngsters to raise money for idols, online bullying and malicious reporting.

Administrators will also check whether platforms have mechanisms to prevent children from spending too much time online and becoming addicted.

The campaign is part of the 2021 Clean and Healthy Cyberspace Initiative launched by the administration in May to solve internet-related problems and create a safe online environment. The initiative will run for a year.

Besides removing content deemed harmful to children, other targets for punishment include those who post deliberately misleading content, ask for money after helping others delete posts or distort the history of the Communist Party of China.

Last month, the authority began a campaign focusing on another major public complaint: platforms that encourage youngsters to slavishly follow their idols. It aims to control online star-chasing behavior and teach minors to sensibly support their idols by further regulating online platforms.