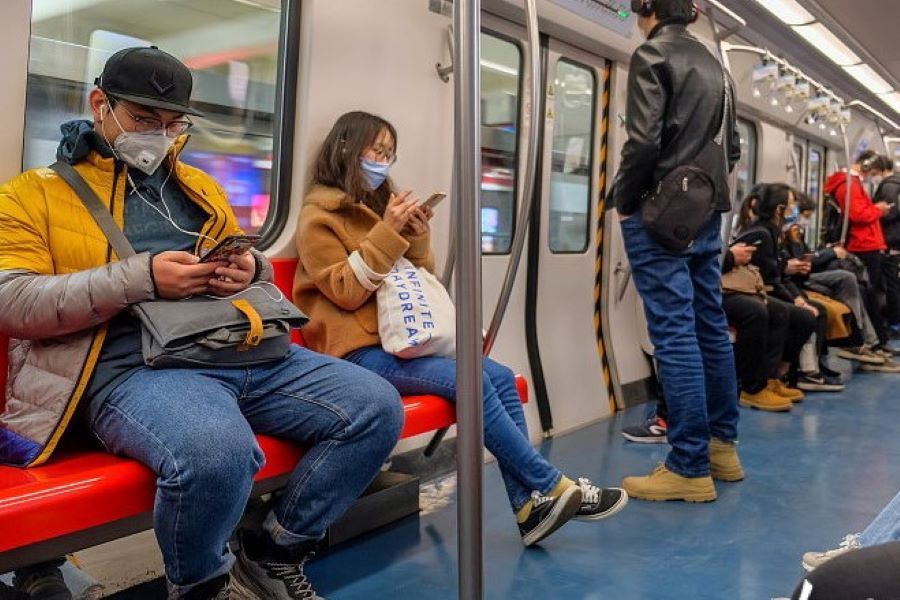 Passengers look at their phones in subway during the evening rush in Beijing, on May 17, 2020. (Photo: China Daily)

A campaign against smartphone browser applications that publish or spread vulgar, sensational or untrue information has been launched across the country as part of a new effort to purify the online environment and respond to public concerns over the chaos in cyberspace.

The campaign－initiated by the Cyberspace Administration of China, the country's top internet regulator－will initially focus on eight of the most influential mobile browser apps, including those operated by Huawei Technologies and QQ, according to a statement released by the authority on Monday.

The administration told the browser app operators to conduct self-examinations and rectify problems by Nov 9.

The problems include the spreading of rumors, the use of sensational headlines and the dissemination of vulgar content, the statement said.

"For some time, mobile browsers have grown in an uncivilized way, with irregularities in publishing and spreading information," the administration said.

"Some have become a gathering place and amplifier for dissemination of chaos by a few self-media accounts that are illegally editing news.

"Given that the chaos has also been a big complaint among the public, we decided to launch the campaign to help the mobile internet browsers keep in order in a short time by intensifying supervision," it said.

"After the apps' self-examination and rectification, we'll start an evaluation for them. If they still have outstanding problems, they'll be dealt with strictly in line with laws and regulations until related businesses are banned," it added.

Wang Sixin, a professor specializing in internet rules and laws at Communication University of China, said that the eight browser apps were listed as the first batch of targets in the campaign not only because they have abundant users, but also because some problems with information dissemination have been found on their platforms.

As for the harmful information that repeatedly emerges online, "it should be attributed to some irresponsible browser app operators who do not strictly review the uploaded content," Wang said.

"In addition, a number of individuals and agencies are paying more attention to online views of information instead of the content quality to attract more readers, which also results in disorder in cyberspace," he added.

China has taken a series of measures against harmful online information through campaigns and by issuing laws and regulations over the past few years.

For example, the administration launched a campaign this year to combat the spread of vulgar content on livestreaming platforms. Last year, it issued a rule to prevent app operators from illegally collecting users' personal information.

A report issued by China Internet Network Information Center in September showed that China had 761 million mobile browser users as of June, making up more than 80 percent of mobile netizens.

Southern Metropolis Daily in Guangdong province conducted a test on 10 mobile browser apps last year. It found that seven of them were spreading vulgar information and that advertisements on some platforms were suspected of violations. The media reported last month that the problems still existed in some mobile browser apps.