Campaign to boost safety in workplace 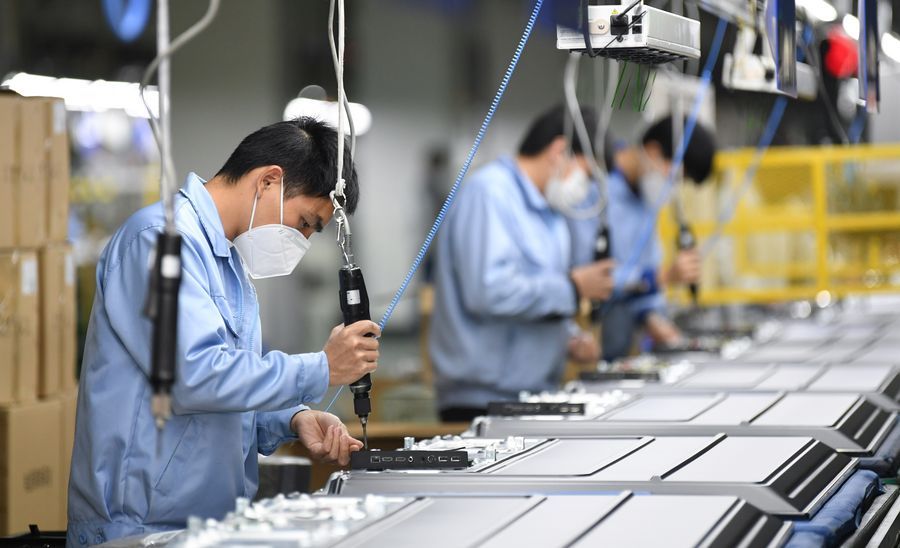 The Work Safety Committee of the State Council, the country's Cabinet, has launched a campaign to "remove safety hazards at the root" and effectively curb major accidents in workplaces across the country in about three years.

The campaign, which will run through the end of 2022, will cover nine major sectors, including coal mines, hazardous chemicals, industrial parks and urban construction, according to a media release from the Ministry of Emergency Management, where the office of the committee is based.

While promoting in-depth study of President Xi Jinping's statement on safety production in government bodies and enterprises to raise awareness of work safety, efforts will also be made to further improve the country's mechanism to strengthen responsibilities of local governments, supervising authorities and enterprises in safety management, it said.

Under such mechanisms, instead of being pushed by the authorities in "a passive manner", enterprises will ramp up safety management, risk control and hazards screening proactively, it stressed.

With technical innovation bolstered and construction of relevant infrastructures beefed up, the campaign is expected to help "modernize" the country's work safety governance system and safe production capability by the end of 2022.

By that time, major workplace accidents will have been effectively curbed following a continuous decline in accident count, it noted.

The release also pledges to strengthen financial support from governments of different levels to help foster a batch of companies specialized in providing technical services on work safety.

By grading companies by types, law enforcement will be carried out in various ways. In addition to surprise inspections, law enforcement officers will be dispatched outside the regions where they work, it said.

It also reiterated that those who perform poorly during the campaign will be sternly punished.

"To ensure down-to-earth achievement from the campaign, those who resort to dereliction of duty or fail to achieve goals on time will be held accountable in a stern manner," it said.

A total of 29,519 people were killed in workplace accidents in the country in 2019, according to the National Bureau of Statistics.

The number of workplace accidents dropped by 18.3 percent, and the death toll fell by 17.1 percent year-on-year in 2019. The year before, they dropped 6.5 and 8.6 percent, respectively, according to the ministry.