CHINA Can China find a male tennis star to match its female talent?

Can China find a male tennis star to match its female talent? 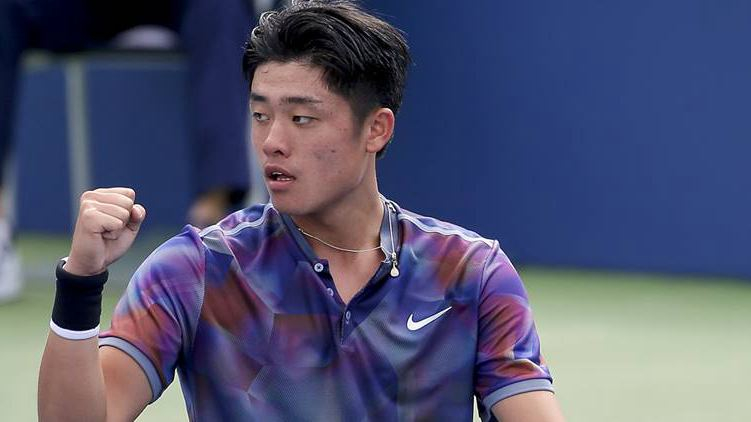 As the French Open draws to an end, all eyes have been on Chinese female tennis as the athletes continue to impress at the elite level.

In the past, women have enjoyed all the success in Chinese tennis, winning Grand Slam titles, Olympic gold medals and reaching the top 10 in both singles and doubles. Male players, on the other hand, have lagged behind and recent events have been no different.

Wang Qiang, 26, made her presence known early on at Roland Garros after reaching the third round of a Grand Slam event for the first time at the French Open. A first-round victory against No. 9 Venus Williams shocked the tennis world, but when the Tianjin native thrashed Croatia’s Petra Martic 6-1, 6-1 in the second round, she was dubbed the next Li Na, China's iconic, two-time Grand Slam champion.

Zhang Shuai and Peng Shuai both also progressed to the second round of the tournament by sinking well-known faces Romanian Irina-Camelia Begu and Caroline Garcia, respectively.

Since Li’s retirement due to chronic injury, there are now 10 Chinese women inside the top 200 of the women's WTA Tour with Zhang Shuai leading the way ranked at No. 27. Despite increased investment and improved resources in the country, a mainland Chinese male player has yet to break into the top 100 in the rankings.

But that might be about to change with the emergence of 18-year-old Wu Yibing, one of the country's most exciting prospects, who won both the junior singles and doubles titles at the US Open last September, followed up with the men's Challenger title in Shanghai.

Is China's wonderkid the missing piece?

The world's former top-ranked junior has garnered plenty of attention in recent years with his all-court style game and quick rise, but the burden of competing with China’s women and their reputation of often outperforming the men, hangs heavy.

“This is something that has been on male Chinese players minds for many years,” Wu told CGTN Digital. “I really hope I can inspire a new generation of Chinese boys to choose tennis as their main sport and go on to excel within the ATP tour’s elite.”

In addition to his decorated junior resume, the foundations of his game are well set to develop into tangible threats at the ATP level as the World No. 333, who hails from Hangzhou City, east China, goes into his first full season on the Tour looking to make the transition from junior to pro.

“Of course, like all young players you are desperate to play the known players and hopefully put on a good show,” he added. “And you never know, win them too.”

Wu knows that he still has a lot to learn as the opponents get tougher, but when asked about facing high-profile names, the confident player didn’t flinch, admitting he’s already come up against some of tennis’ most recognizable figures.

“I have already practiced [with Roger Federer] and played matches with the big names [David Ferrer],” he told CGTN Digital. “So in answering the question, this has already happened and I guess through wildcards 2019 will be the same.”

“I need to change my game style to go to the net more in the men’s game,” he added. “This is something I will be working on in the next year. The most important thing for me now is to strengthen my body so that I can stay strong to the end of the tournaments and keep injury free.”

Ushering in a new generation

Along with Wu making his season debut at the ABC Classic, Zhizhen Zhang also appeared in his first ATP World Tour quarter-final in September and Alison Lee, executive vice president of ATP International Group, is excited to see more Chinese male players coming through the ranks.

“If either of these players can reach the Top 100 or higher in the next couple of years, that would be very positive," Lee told CGTN. “Wu could even potentially make it to the ATP NextGen Finals in Milan in the next three years as he will still be under 21 years old. That would be a huge boost to him and also tennis in China."

However, Wu isn’t completely without his own successful Chinese predecessors: Wu Di and Zhang Ze have paved the way for a younger generation of Chinese players in men’s tennis following their recent ATP Challenger victories in Maui 2016 against Kyle Edmund and San Francisco 2017 that saw Vasek Pospisil knocked out, respectively.

“They were the first male players from China to make real progress on the world stage but it has been a difficult road for them,” she added. “I am glad to hear that they have taken Wu and Zhang under their wing. This will be a huge advantage for the young players, to have someone to talk to who has already experienced much of what they will experience on the Tour.”

Despite headlines continuing to focus on the Chinese women’s side of the sport, their male equivalents are quietly catching up. The question isn’t so much will China find their first big male tennis star, but rather when.

And when this happens, Lee assures CGTN they will be ready. “We believe ATP have prepared solid foundations for when Chinese male star tennis players emerge,” Lee said. “This will certainly change the landscape in professional men’s tennis."