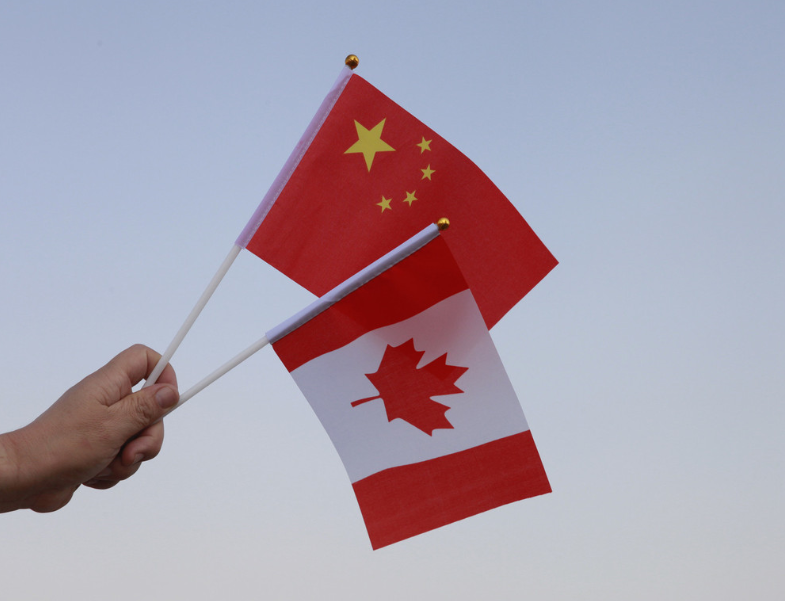 While many Canadian politicians joined in celebrating the 70th anniversary of the founding of the People's Republic of China, they acknowledged some of the diplomatic difficulties that the relationship has experienced since December.

That is when Canadian authorities arrested Meng Wanzhou, the chief financial officer of Huawei Technologies Co, the daughter of the telecom giant's founder Ren Zhengfei, in Vancouver, at the request of the United States.

The Canadian politicians gathered last weekend in Toronto to commemorate the founding of the New China in 1949.

"I believe that both Canadians and Chinese people expect to get the relationship back on track very quickly," said Hazel McCallion, a 98-year-old former Canadian politician and businesswoman. "I hope that the Canadian government sits down and solves the problem and gets on with living a wonderful life in China and Canada," she said.

"China is our second-largest trading partner. ... We sell, they buy; they bring, we buy. This hasn't stopped," said City of Toronto Councilor Jim Karygiannis, who has visited China 56 times and spent more than a year and half there.

"Now our relationship has hit bumps in the road. It is not because of us, but because of our friend to the south. We should get on with the bumps until they disappear," he said.

Chinese Consul General Han Tao in Toronto stated that a sound China-Canada relationship serves not only the shared interests of two peoples but also the long-term development of both countries.

Han said that Chinese people have created "an economic miracle" through their hard work, with the nation's GDP increasing by more than 450 times, from $30 billion in the early years to more than $13.6 trillion in 2018.

Frank Scarpitti, mayor of Markham, Ontario, a city that has built a strong trade relationship with Chinese cities in recent years, said it will continue to strengthen those connections.

"I will say that in the city of Markham and the municipal governments across Canada, we demonstrate and value the relationships we have with so many local businesses in China, and we will continue to do so," Scarpitti said.

"We are both located in the Pacific Rim region; we are making headway in fields such as natural gas, lumber, agriculture and technology. Canadian businesses are actually placed in a good position when dealing with China," Oh said.

"As we celebrate the 70th anniversary of the New China, I can remember the dramatic change I have experienced in China," Karygiannis said. "You don't have to get in the car to travel now; you get the fast (high-speed) train instead. I believe it is about 350 kilometers per hour. Why don't we do it between cities in Canada?"

"In 1987, you had to have special money to go to China, and you couldn't shop in any stores but the Friendship Store," recalled McCallion, who was mayor of Mississauga, Ontario, from 1978 until 2014.

"I stayed in the big hotel in Beijing that was built up by the Germans. There was a Toronto-Beijing Hotel, built by a person from the Mississauga here," she said.

Canada was one of the first Western countries to recognize the PRC. Next year will mark the 50th anniversary of the establishment of diplomatic relations between the two nations. Their trade volume has increased 500 times in the past 49 years, and they aim to double bilateral trade with each other by 2025.