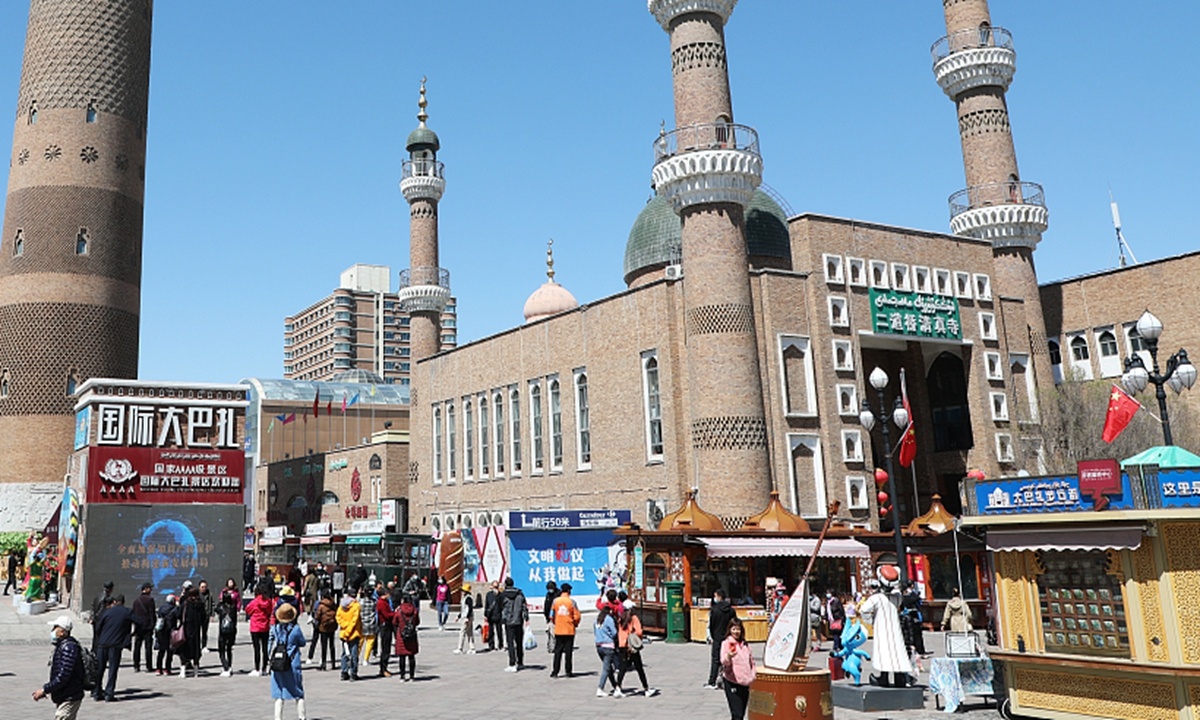 Out of political purposes, a small group of Western countries, Canada included, attempt to spread disinformation and lies to frame China at the Human Rights Council, said Chinese Mission spokesperson Liu Yuyin, noting that China will fight back resolutely any injustice and trespasses done to it.

It is learned that Canada will lead in making a Xinjiang-related joint statement at the interactive dialogue on the annual report of the High Commissioner for Human Rights at the 47th session of the Human Rights Council on June 21.

In response, Liu said that the attempt of Canada is nothing but a repeat of their usual trick of using human rights as a political tool, which is bound to be rejected by the international community and doomed to failure. 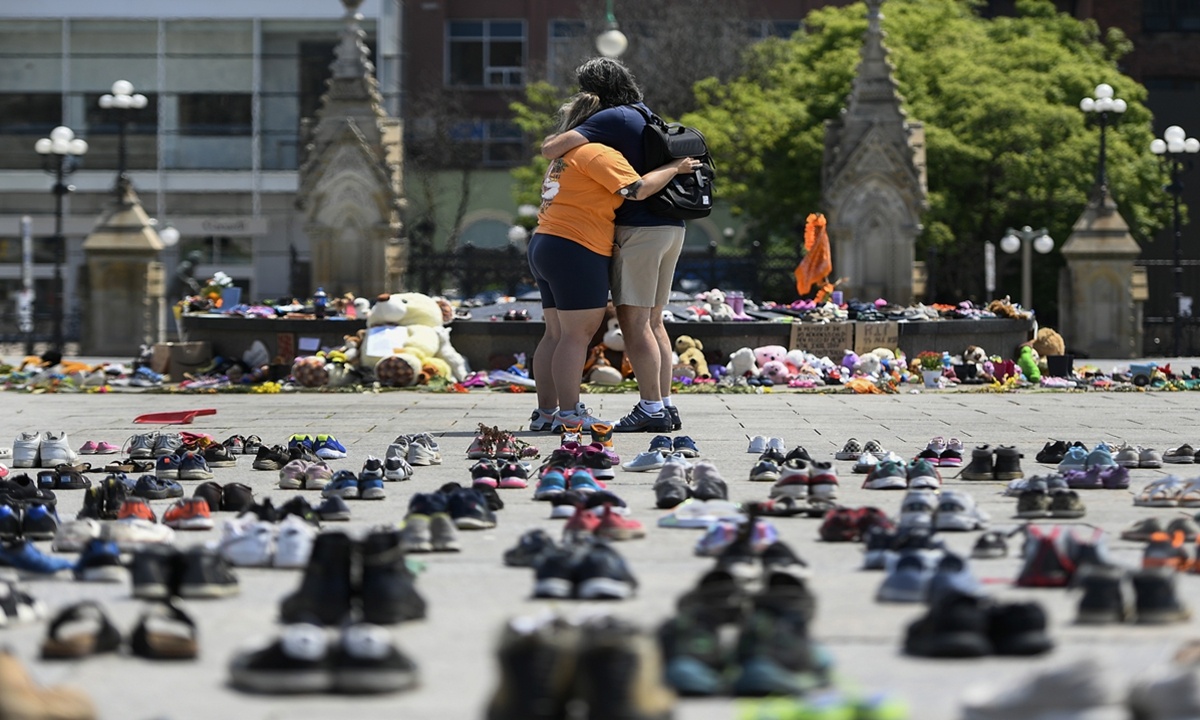 People pay tribute to the murdered aboriginal children in Ottawa, Canada, on June 4.

The spokesperson said that Xinjiang has made remarkable achievements in economic and social development and in the field of human rights. At present, Xinjiang enjoys social stability, peace and economic prosperity. People there are leading a safe and enjoyable life.

However, certain countries are simply not happy to see prosperity, stability and development in Xinjiang.

“These countries all have embassies in China. How come that their ambassadors and diplomats have no idea of the truth in Xinjiang? Or they simply choose to be the man pretending to fall asleep,” Liu said.

Liu noted that China has extended invitations on a number of occasions to these ambassadors to visit Xinjiang, but on each occasion, they declined with one excuse after another, and failed to make the trip to this date.

“Why are they so scared to go? Obviously, what they really care is not facts and truth, but how to slander and frame China in every possible way under the pretext of Xinjiang-related issue. What they have done will not gain any support and won’t go anywhere,” said Liu.

Despite grave and shocking human rights violations within their own borders, countries including Canada have never taken any substantive actions to address the violations. For them, human rights is nothing but lip service or a tool to attack others, said Liu.

The recent discovery of the remains of over 200 indigenous children at a Canadian boarding school is yet another reminder of Canada’s historical atrocities of killing the indigenous people and eradicating their culture. Over 150,000 indigenous children in Canada were forcibly taken away from their parents and sent to boarding schools, where at least 4,000 children died of unnatural causes. Until today, people of Asian and African descent in Canada are still suffering from systemic racial discrimination, and rights of migrants are wantonly offended.

“We would like to once again warn these countries that Xinjiang, Tibet and Hong Kong are inalienable parts of China, and the Xinjiang, Tibet and Hong Kong related issues are purely China’s internal affairs which brook no interference by any external forces,” said Liu, noting that China is also a country that upholds principles and has its bottom line.

“We stand firm and will never tolerate interference in China’s internal affairs, vilification of China or infringement on China’s interests. Canada and the countries concerned are advised to immediately halt their dangerous act, stop political manipulation of Xinjiang-related issues and stop provoking confrontation at the Human Rights Council. We will fight back resolutely any injustice and trespasses done to us,” said Liu.