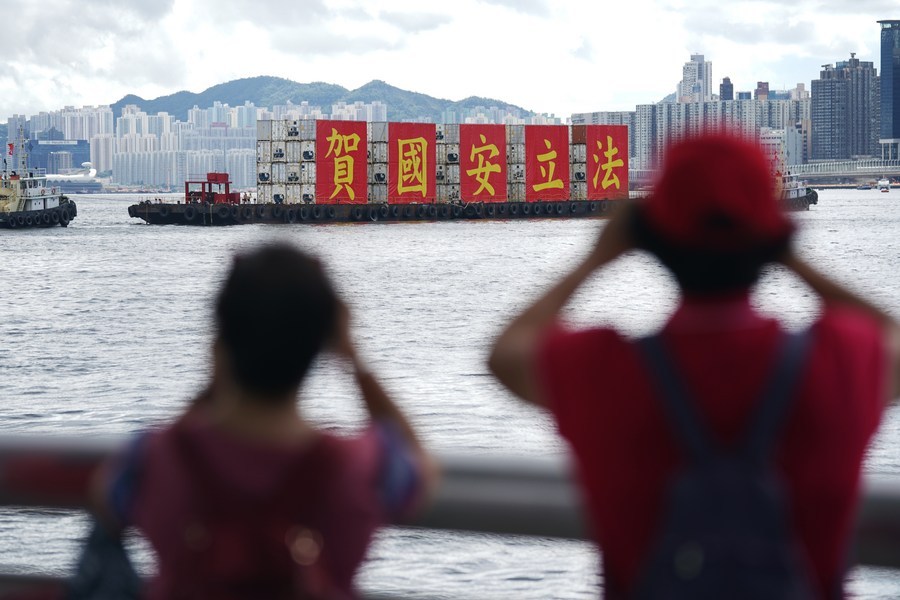 A ship carrying the slogan of "celebrating the passage of the Law of the People's Republic of China on Safeguarding National Security in the Hong Kong Special Administrative Region (HKSAR)" sails at the Victoria Harbour in Hong Kong, south China, July 1, 2020. (Xinhua: Wang Shen)

"We urge the Canadian side to view the National Security Law in a fair, objective manner, immediately stop interfering in Hong Kong affairs and China's domestic affairs in any way," a spokesperson of the Chinese embassy in Canada said.

Canada made unwarranted comments on the Law of the People's Republic of China on Safeguarding National Security in the Hong Kong Special Administrative Region (HKSAR), grossly interfering in China's internal affairs, a spokesperson of the Chinese embassy in Canada said Saturday.

China's National People's Congress formulated National Security Law for Hong Kong and listed it in Annex III to the HKSAR Basic Law to be gazetted and enacted in Hong Kong by the SAR government, the spokesperson said in a statement.

"It is a landmark in the practice of 'one country, two systems' and a strong institutional guarantee for upholding national sovereignty, security and development interests, safeguarding lasting security, prosperity and stability in Hong Kong, and ensuring the steady implementation of 'one country, two systems.' The implementation of the said law will strengthen Hong Kong's legal framework, ensure social order, improve the business environment, and benefit Hong Kong citizens and international investors," the spokesperson said. 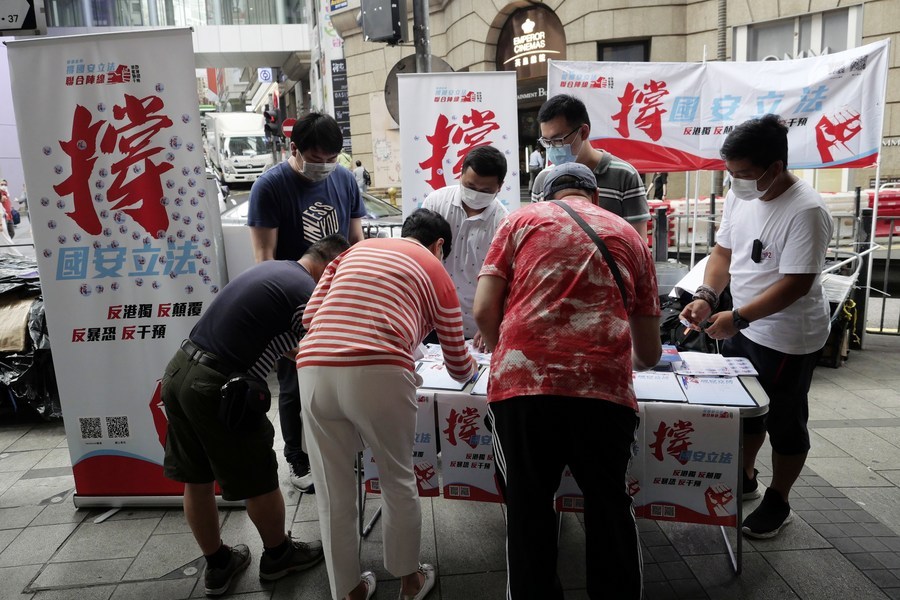 Residents sign a petition in support of the national security legislation at a street stand in Hong Kong, south China, May 29, 2020.

The spokesperson said that the Chinese central government has extensively solicited opinions from all walks of life in Hong Kong to ensure the legislation is scientific, democratic and legal.

"The National Security Law attaches great importance to respecting and protecting human rights which is an important principle of the rule of law, and protects the rights and freedoms enjoyed by Hong Kong residents according to law. The above legislation has received wide support from all walks of life in Hong Kong, and most countries in the international community also fully understand and respect China's legitimate efforts to safeguard national security," the spokesperson said. 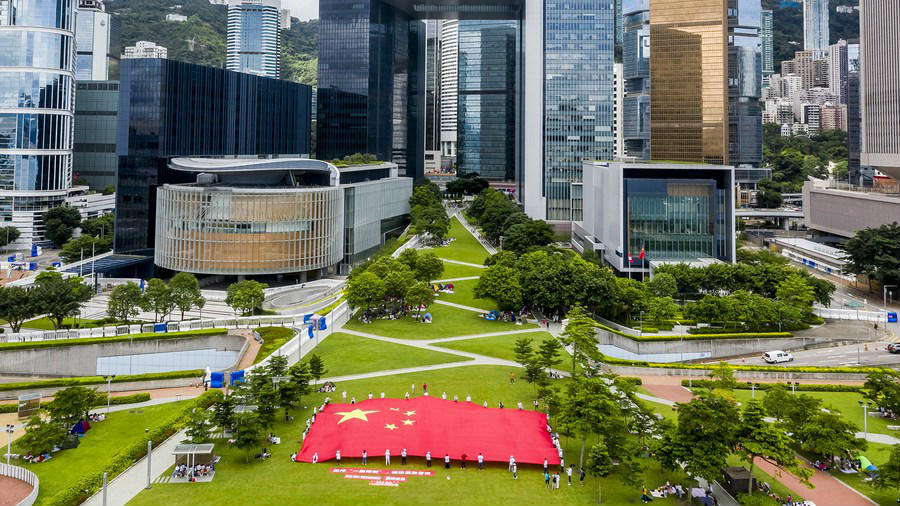 The spokesperson pointed out that some Western countries including Canada have been meddling in Hong Kong affairs under the pretext of human rights, seriously violating international law and basic norms of international relations, and fully exposing their double standards on the issues of national security and real intention to flagrantly interfere in other countries' internal affairs. "They are unable to represent the international community at all and their attempts are doomed to fail."