CHINA Canada's manipulation of 'rule of law' is disrespect for rule of law: Chinese Foreign Ministry

Canada's manipulation of 'rule of law' is disrespect for rule of law: Chinese Foreign Ministry 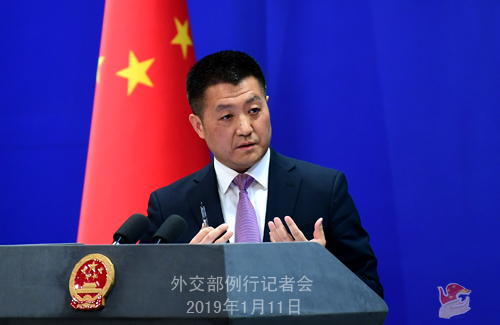 Lu's article, published in Canada, vividly reveals the hypocrisy exhibited by some Canadians in the manipulation of the concept of "rule of law",  said Lu Kang, the spokesperson for China's Ministry of Foreign Affairs.

The spokesperson made his remarks when responding to a reporter's question at a regular press conference on Friday.

He said that the Canadian side detained Meng only based on other countries' claims even though the Canadian side themselves admitted that Meng did not violate Canadian law; however, the Canadian side made unwanted accusations about China's action of lawfully taking compulsory measures against two Canadian citizens suspected of engaging in activities that endanger China's national security.

"Is it that the laws of other countries are not laws in the eyes of these Canadians? Treating the rule of law with a double standard is itself a disrespect for the rule of law," said Lu Kang.

"Ambassador Lu's article may have touched a raw nerve for some Canadians. We hope that these people can think over and correct their mistakes immediately, so as not to continue to make mistakes," Lu Kang added.