CHINA Canadian warship's provocative acts only seek for attention and of no actual use: military experts

Canadian warship's provocative acts only seek for attention and of no actual use: military experts

Canadian warship HMCS Winnipeg stopped for rest at US Naval Facility White Beach in Okinawa on Monday after its transit of the Taiwan Straits with a US destroyer in mid October, as well as joint training with US and UK aircraft carriers and the Japan Maritime Self-Defense Force's warships.

Chinese military expert pointed out that such provocative acts encouraged by the US went against the overall peaceful and stable situation of maritime security in Asia-Pacific region and only showed Canada’s stunt to seek for attention and Japan’s bluffing to deter China. 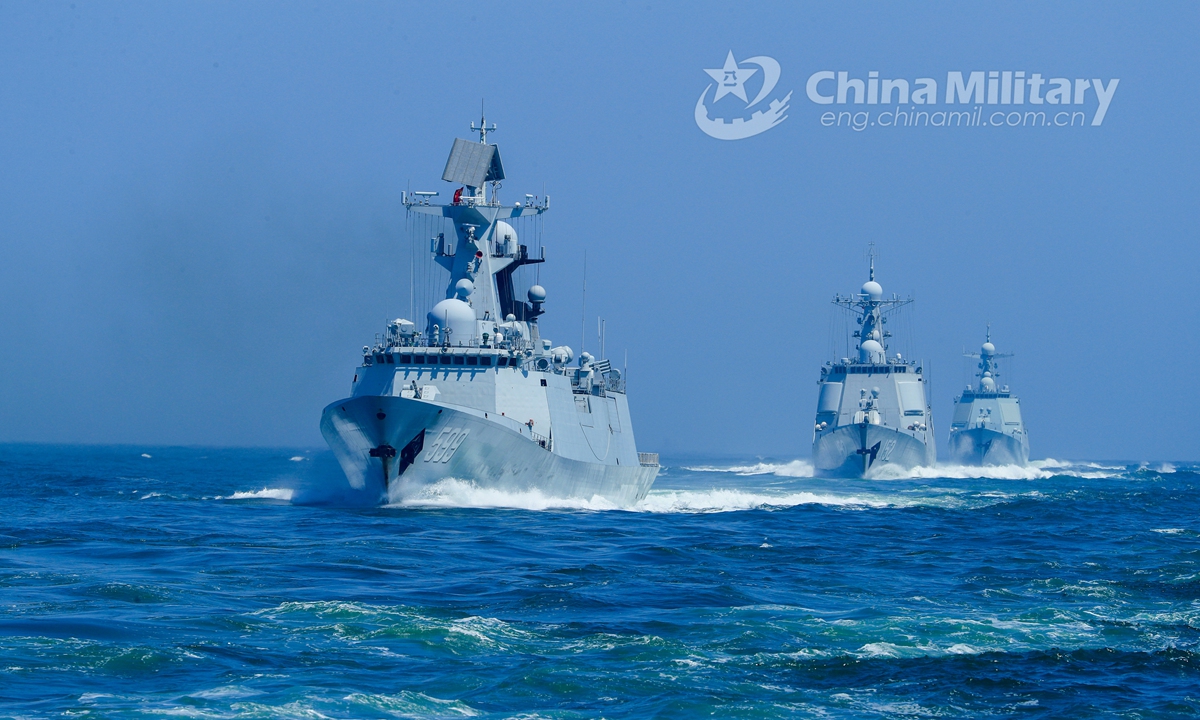 Warships attached to a destroyer flotilla with the navy under the PLA Eastern Theater Command steam in astern formation in waters of the East China Sea during the realistic training on April 23, 2021. Photo: China Military

The Canadian warship, together with the limited military forces it has sent to the Far East region in these years, was of almost no actual use, Zhang Junshe, a senior research fellow at the PLA Naval Research Academy, told the Global Times on Tuesday.

"Japan is bluffing to deter China,” said the expert.

"Japan has to cater to the US strategy of great power competition. Meanwhile, certain Japanese politician and media wish to employ the forces outside Asia to make some troubles to China’s rising. They have felt uncomfortable for quite a while after China’s GDP surpassed Japan’s in 2010,” Zhang said.

"China will firmly defend its sovereignty, security and development interests when it comes to its core interests, not to mention that US’ allies have their own calculations considering their close or strong economic ties with China,” emphasized Zhang.