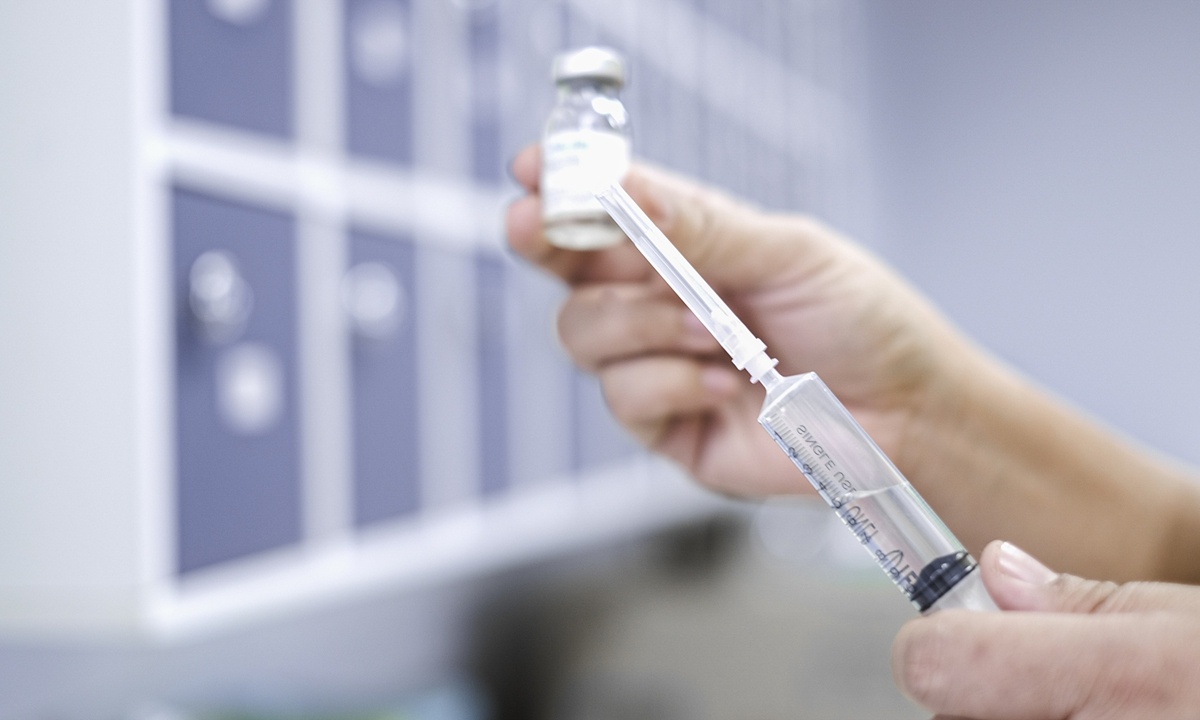 The chief scientific officer of Chinese vaccine developer CanSino Biologics Inc stressed the safety of a recombinant adenovirus vector vaccine the company has developed after a trial on another vaccine using a similar mechanism was suspended by AstraZeneca and Oxford University after a volunteer became ill during the trial.

At a forum in Shanghai on Wednesday, CanSino's Chief Scientific Officer Zhu Tao reiterated the safety of the vaccine the company has jointly developed with a team led by military infectious disease expert Chen Wei, Shanghai-based news portal thepaper.cn reported.

The vaccine, named As5-nCoV, is reportedly the only recombinant COVID-19 vaccine developed in China. It was developed using a mechanism similar to a recombinant adenovirus vaccine developed by the UK company AstraZeneca and Oxford University, which made headlines globally on Wednesday after the suspension of its final clinical trials because a participant in the UK had an unexplained illness.

One difference is that Ad5-nCoV (this is different from the name above - which is correct?) uses adenovirus that exists in human bodies while the AstraZeneca/Oxford candidate uses chimpanzee adenovirus. The latter may trigger a rejection reaction in the human immune system, the paper.cn reported.

No severe adverse effects from Ad5-nCoV have been discovered so far, Zhu noted at the forum, refuting doubts expressed in some media reports about the vaccine's phase one and two clinical trials.

According to Zhu, the neutralization level generated by one dose of Ad5-nCoV is equal to that generated by two doses of inactivated vaccine.

Ad5-nCoV is estimated to stay valid for two years and should be stored at a temperature of 2-8 degrees Celsius, Zhu said.

To ease public concerns, Tao Lina, a Shanghai-based vaccine expert affirmed the safety of recombinant vaccines despite the AstraZeneca/Oxford candidate incident. Tao pointed out there is not yet any evidence linking the "unexplained illness" with the vaccine.

According to Tao, some recipients of the HPV vaccine also reportedly get ill after having the injection, but the World Health Organization announced in 2017 that there was no evidence showing it was a result of the HPV vaccine.