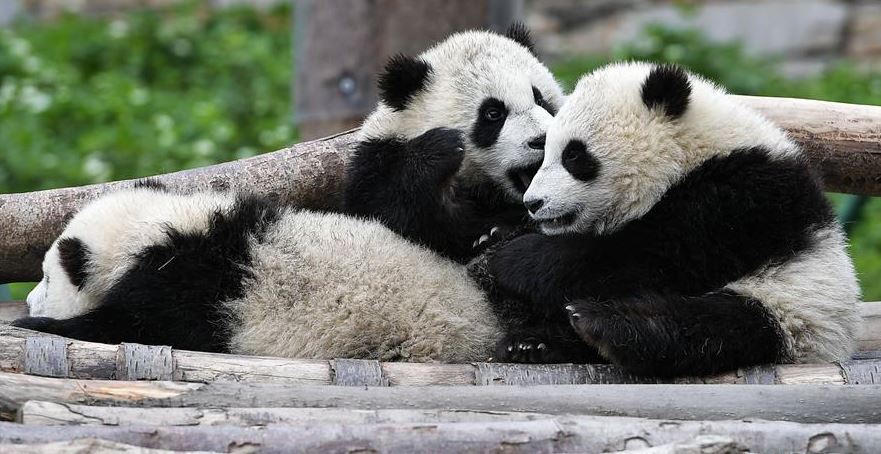 A total of 48 pandas were born, and 45 survived this year in China, a survival rate of 93.75 percent, according to data released by the administration at the on-going International Conference for the Giant Panda Conservation and Breeding, held in Chengdu, capital of southwest China's Sichuan Province.

China Conservation and Research Center for Giant Pandas has bred 31 giant pandas, including one sojourned in Malaysia. Chengdu Research Base of Giant Panda Breeding has also bred 11 pandas, including one sojourned in Japan. And three more pandas were successfully bred by Beijing Zoo, said Li Chunliang, deputy director of China's National Forestry and Grassland Administration. "A healthy, dynamic and sustainable giant panda population has basically formed."

China has carried out a cooperation project for giant panda conservation with 17 countries and 22 zoos, with 58 giant pandas participating in the project.

The administration plans to continue the captive breeding of giant pandas and releasing them back to the wild. The number of released captive pandas will reach 10 since the program was launched in 2003.

Giant pandas are endangered and live mainly in the mountains of northern Sichuan Province as well as Gansu and Shaanxi provinces.

With the development of breeding technology, the number of giant pandas born in captivity in China has risen from just six in 1983 to 273 in 2017, accounting for over 60 percent of the world's captive pandas.

Hosted by the National Forestry and Grassland Administration and governments of Sichuan, Shaanxi and Gansu provinces, the International Conference for the Giant Panda Conservation and Breeding is being held from Nov. 7 to 11 in Chengdu.