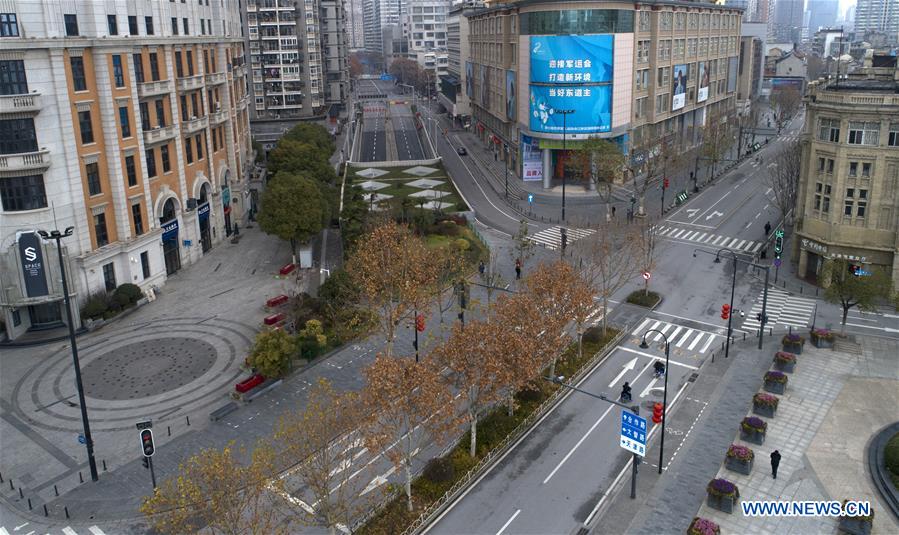 Wuhan-based enterprises that are important to the national and global industry chains and those closely related to people's livelihood are allowed to continue operation or resume work, said Cao Guangjing, deputy governor of Hubei, where Wuhan is the capital, at a press conference.

Highlighting the province's status as the nation's major producer of cars and phosphate fertilizer, Cao said such companies are of considerable significance to the industry chains, and further delays in their work resumption could cause a major impact.

Wuhan is China's major auto production base, home to local joint ventures that produce Buick, Chevrolet, Renault, Peugeot and Honda, as well as a number of auto part-makers.

Other enterprises, except those on a "negative list," can restart no earlier than March 21 in Wuhan, according to Cao.

Companies on the "negative list," including cinemas, book stores, bars, gyms and restaurants, can not resume work before the epidemic ends, the official said, citing higher risks of infections there.

Restrictions are further relaxed in other parts of Hubei, where low-risk areas can allow resumption of all companies but those on the "negative list," while nationally or locally important companies and projects can restart operation in medium-risk areas, according to the official.

Cao, however, admitted that the province still faces several challenges in restarting factories, including complicated paperwork in getting migrant workers back to work, traffic restrictions and shortage of funds.

The industrial central province of Hubei reported just one new confirmed case of the novel coronavirus disease (COVID-19), from Wuhan, and no new suspected cases on Tuesday.