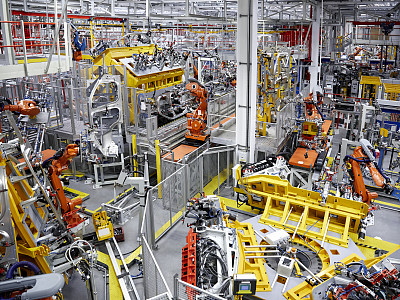 Authorities recently announced that China would ease foreign equity restrictions in the automobile industry and significantly lower import tariffs for vehicles, as part of the country's broader opening-up.

"The easing of foreign equity restrictions can allow domestic private auto companies to better interact with foreign companies and thus to improve," Wu told the Xinhua News Agency at the ongoing China Import and Export Fair.

The fair, which kicked off on Sunday in Guangzhou, capital of South China's Guangdong Province, is also known as the Canton Fair. The first phase of the fair ends on Thursday.

According to Wu, the performance of many Chinese cars now rivals vehicles made in Japan as China's manufacturing capabilities have advanced significantly in the past 30 years.

In addition, thanks to government initiatives to support the new-energy vehicle (NEV) industry, many Chinese carmakers have a competitive edge in terms of NEVs, making the cooperation between foreign and Chinese carmakers win-win for both sides.

One of his concerns was whether Chinese carmakers would be allowed to conduct mergers and acquisitions in foreign markets such as the US, where protectionism seems to be rising.

Fu Yuwu, head of the Society of Automotive Engineers of China, said China is fully prepared for relaxing ownership restrictions.

"It's not something to be afraid of considering China's strength in technology, capital, management and talent. It's just a matter of time for the restrictions to be eased," Fu said.

Data from the China Association of Automobile Manufacturers showed that domestic production hit 29 million automobiles last year, with sales at 28.9 million, ranking first worldwide for the ninth year in a row.

Tougher competition will also force carmakers to invest more in research and development and encourage innovation, resulting in the overall upgrading of China's auto industry, they said.