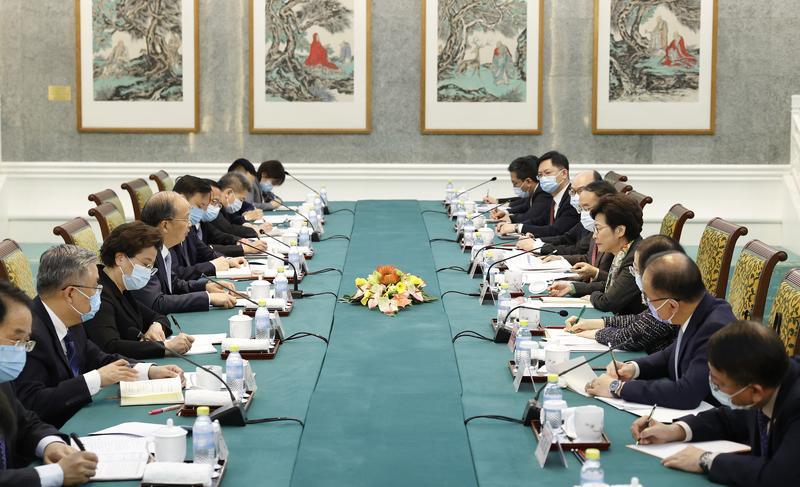 HONG KONG – Hong Kong Chief Executive of the Hong Kong Special Administrative Region Carrie Lam Cheng Yuet-ngor continued on Thursday her visit to Beijing, where she discussed with the leaders of various central government commissions on measures to support the Hong Kong economy.

During a meeting with Chairman of the China Securities Regulatory Commission Yi Huiman, Lam said Hong Kong, as an international financial center, would fully support the country’s financial development strategy.

The strengthening collaboration between the financial regulators in the mainland and the HKSAR in recent years has boosted the connectivity between the capital markets of the two places and reinforced Hong Kong’s status as an international financial center, Lam said.

She expressed the hope that the CSRC would continue to support the development of the financial industry in Hong Kong, including rolling out more financial products in the city and expanding the coverage of various connect schemes. 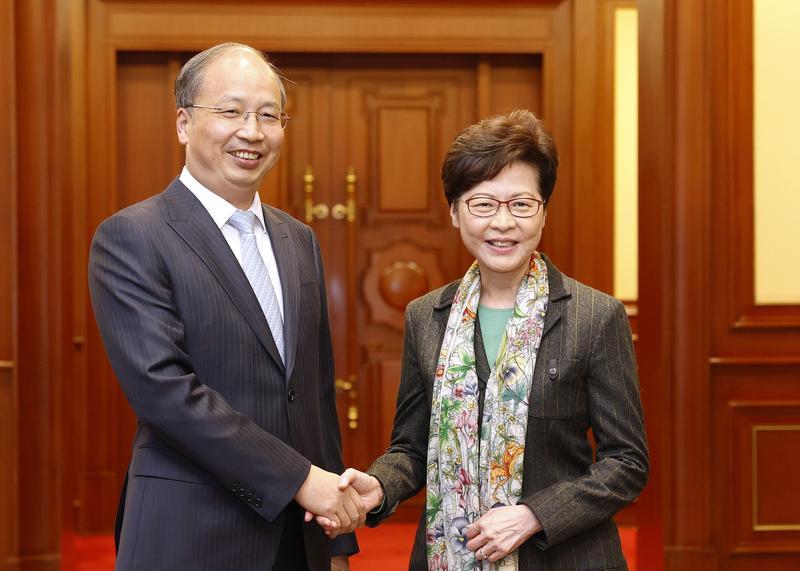 She also said that Hong Kong would fully leverage the support of the central government to assume a leading role to boost the efficiency and convenience of financial connectivity in the Guangdong-Hong Kong-Macao Greater Bay Area.

During a meeting with Minister of the National Health Commission Ma Xiaowei, Lam expressed her gratitude to the commission for its support for Hong Kong in the fight against the COVID-19 epidemic, in particular, the establishment of support teams to assist Hong Kong in completing the Universal Community Testing Programme in September.

The commission also supported the city to build a temporary hospital and community treatment facilities. All these have fully demonstrated the care of the central government for Hong Kong, Lam said.

She also expressed the hope that cross-boundary flows of people between the mainland and Hong Kong would resume soon to meet the needs of residents of the two places and boost economic activities.

While meeting with Chairman of the National Development and Reform Commission He Lifeng, Lam expressed gratitude to the commission for its support for Hong Kong’s participation in the Belt and Road Initiative and the GBA development.

Pointing out that the global economy has been hard hit by the epidemic, she said it is necessary for Hong Kong to integrate better into the overall development of the nation and grasp the opportunities brought about by the development of the Bay Area in order to revive economic growth.

She said that she was encouraged by the nation’s 14th Five-Year Plan promulgated earlier, which clearly supports better integration of Hong Kong and Macao into the overall development of the nation and the development of a high-quality Bay Area.

Lam will conclude her visit to Beijing on Friday and depart for Guangzhou in the evening.