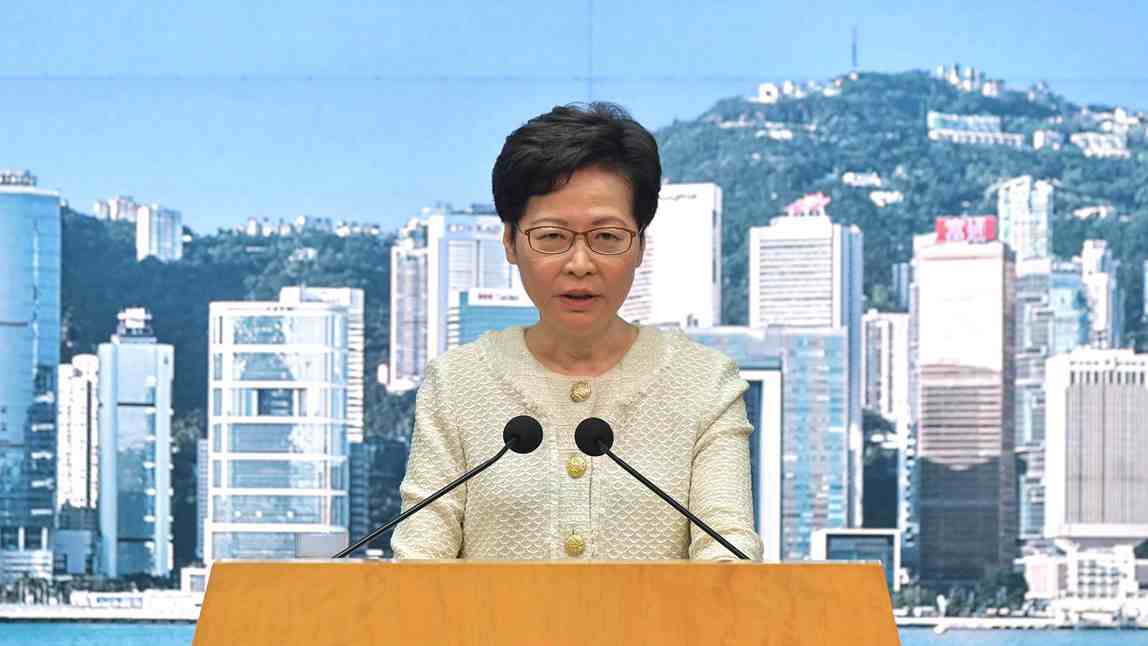 Chief Executive of the Hong Kong Special Administrative Region (HKSAR) Carrie Lam  on Tuesday defended the new security law and the implementation rules in Article 43, stressing that instead of undermining the "One Country, Two Systems" principle, the legislation will safeguard Hong Kong's stability as well as residents' freedoms and rights.

Lam made the remarks at a weekly news briefing during which she reviewed actions taken by the SAR government in the past week and dismissed several fallacies spread by the media.

At the briefing, Lam reiterated that the objective of the law is to protect Hong Kong's long-term freedom and prosperity as it seeks to prevent, curb and punish crimes seriously endangering national security, and will target only a handful of criminals.

"The law will defend Hong Kong's future and protect the rights and freedom of the overwhelming majority of Hong Kong residents; the fact will prove that," said the chief executive.

The Law of the People's Republic of China on Safeguarding National Security in the Hong Kong Special Administrative Region took effect at 11 p.m. on June 30 after it was passed by the Standing Committee of the National People's Congress and listed in Annex III to the Basic Law on the same day.

Article 43 of the law, gazetted on Monday, takes effect on Tuesday. Under Article 43, when handling cases concerning offenses endangering national security, the department for safeguarding national security of the Police Force of the HKSAR may take measures that law enforcement authorities, including the Hong Kong Police Force, are allowed to apply under the laws in force in the HKSAR in investigating serious crimes.

She also dismissed the fallacy of the legislation undermining the "One Country, Two Systems" principle, stressing that "one country" is the foundation and red line of "two systems," while the new legislation enacted to defend national security and sovereignty, is the response to the prolonged social unrest in Hong Kong last year.

In accordance with stipulations under the new legislation, the Committee for Safeguarding National Security of the Hong Kong Special Administrative Region (HKSAR) was established on July 3 with Lam as its chair and Luo Huining, director of the Liaison Office of the Central People's Government in the HKSAR, as national security adviser to the committee. The Committee held its first meeting on Monday.