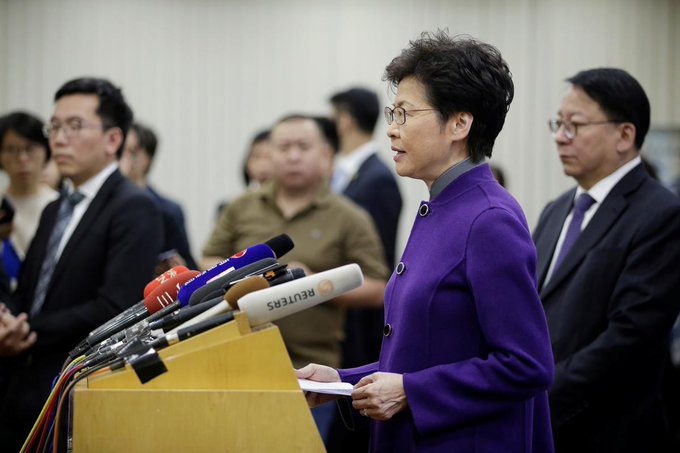 Chief Executive of China's Hong Kong Special Administrative Region (HKSAR) Carrie Lam on Wednesday strongly condemned the violent action against lawmaker Junius Ho, who was stabbed by a knife from a "fake supporter" that morning.

Speaking in Beijing, Lam extended sympathy to Ho and wished him to get well soon.

Hong Kong has witnessed lots of strife and social unrest in the past few months, as well as an escalation of violence. Lam said she is concerned over rising public proclivity for violence.

"Any act of violence should not be tolerated by a civilized society," Lam said.

As the attack on Ho happened during a district council election campaign, some HK political groups were also concerned about whether there was any attempts or plans to sabotage the election, Lam said. She stressed that the SAR government would continue to make every effort to hold a fair, righteous and safe election, and the whole community must jointly condemn any acts that undermine the election, especially those involving violence.