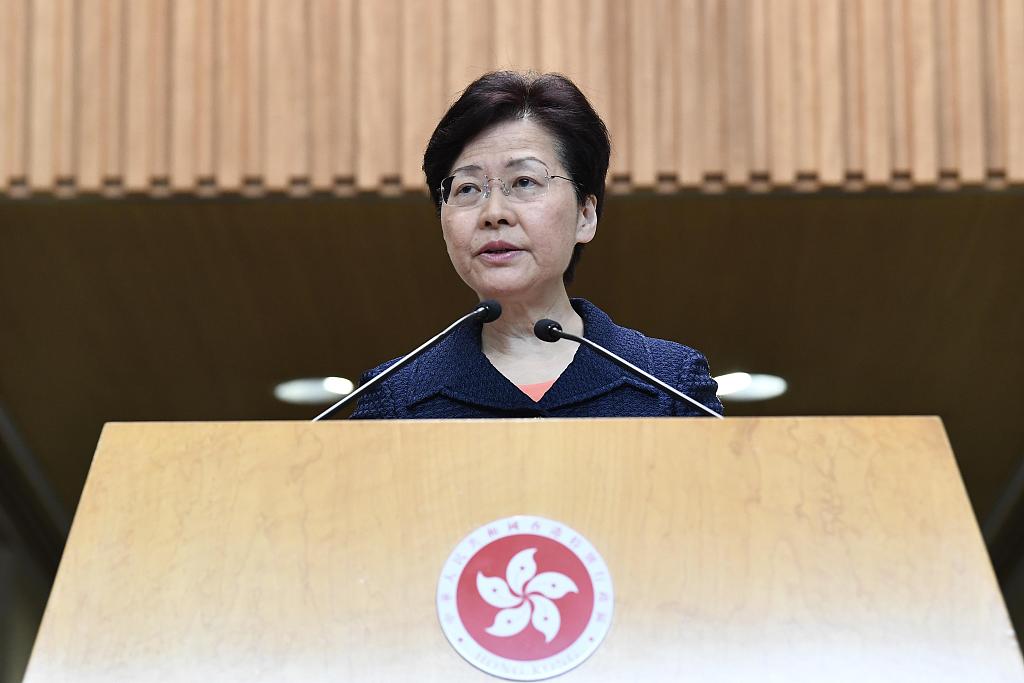 Chief Executive of the Hong Kong Special Administrative Region (HKSAR) Carrie Lam on Tuesday appealed to the Hong Kong society for support to end the violence as the Asian financial hub is expected to record a full year of negative economic growth in 2019.

Hong Kong has been gripped by increasingly violent protests over the last five months, which severely affected its business, finance, tourism, logistics, transportation and other sectors.

According to Lam, at the end of 2019, Hong Kong will likely show negative growth, meaning that Hong Kong will not achieve the positive growth of 0 to 1 percent it had downgraded to from the previous 2-3 percent annual growth it had set for itself.

The situation is grave, the chief executive said.

If the third-quarter GDP, which will be announced on Thursday, remains negative, the economy will have fallen into a stage of technical recession, said Lam.

The HKSAR government will follow the situation closely and take the necessary measures, she added.

The government last week announced a new round of measures valued at two billion HK dollars (about 255 million U.S. dollars) to assist sectors hard-hit by the economic downturn, including retail, catering, transport and tourism.

To date, the HKSAR government has invested over 20 billion HK dollars to support enterprises and secure jobs, said Lam.

"The fundamental solution is to contain violence and restore peace in Hong Kong as soon as possible so we can go back to our works in economy and others," Lam said.

She expressed firm support of the police force and condemned rioters' escalating and extreme violent acts.

Lam was speaking two days after financial secretary Paul Chan said Hong Kong might have fallen into a recession this year, with retail sales, exports and tourism all in negative territory.