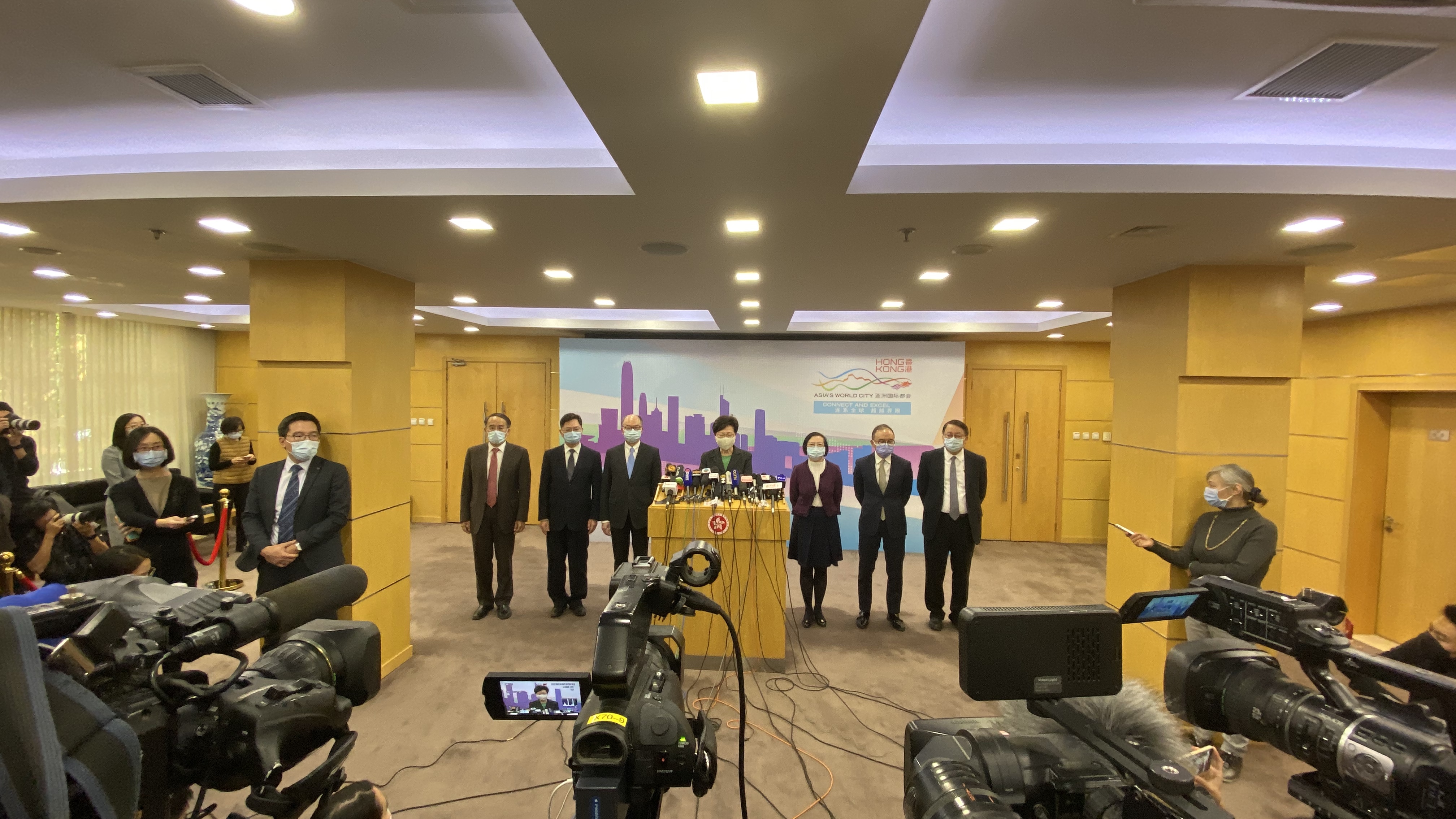 While details were scant on Hong Kong's next moves, Lam told reporters in a media briefing that Hong Kong is steadfast in integration with the mainland's economy.

In response to CGTN's question regarding the ongoing U.S. election, Lam said she hopes Hong Kong's relationship with the U.S. will come back to normalcy.

"The U.S. has had solid relationship with Hong Kong, and we hope to continue that," she said.

"To whatever U.S. administration of the day, I would like to make this appeal that every government should respect the jurisdiction of another country or territory. For the last years, the U.S. has interfered with Hong Kong (Special Administrative Region) with unilateral, unjustified sanctions. I hope relationship will come back to normalcy and be built on mutual respect," she told.

Lam came to Beijing earlier this week with several senior officials of the SAR government to secure more support from the central government and better integration with the mainland economy.

She said the result of the discussions with Beijing wouldn't come out until her annual policy address later this month, but lifting Hong Kong out of economic plights has been her priority.

Economic integration and development would be a gradual and ongoing effort, she added.

"Since I took office, I've been calling on more cooperation with the central government," she said.

Lam is expected to give her an annual policy address on November 25.

Han praised her government for "overcoming all kinds of difficulties and dealt with challenges."

The vice-premier also said the central government "fully support any causes for the long-term prosperity and stability of Hong Kong and its people."

During her trip, Lam also met with six ministers of the central government, including the minister of commerce, minister of science and technology, head of the national health commission, and head of the civil aviation association.

She will later head to south China's Guangdong and Shenzhen for talks about the development of the Greater Bay Area.