HONG KONG, July 7 (Xinhua) -- Chief Executive of the Hong Kong Special Administrative Region (HKSAR) Carrie Lam said Tuesday the law on safeguarding national security in Hong Kong is conducive to the region's prosperity and stability and to the steady and sustained development of "one country, two systems." 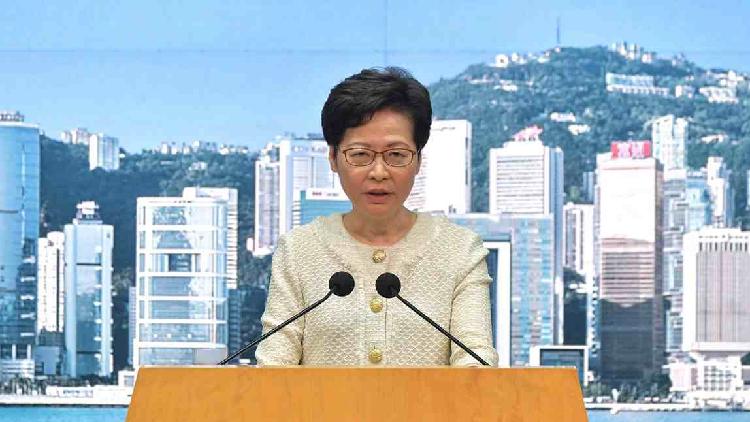 The HKSAR government has moved swiftly to carry out follow-up work since the law took effect, Lam said at a press briefing.

The Committee for Safeguarding National Security of the HKSAR, chaired by Lam, convened its first meeting on Monday.

The law is aimed at preventing, curbing and punishing illegal acts endangering national security, which only targets an extremely small minority of lawbreakers and protects the freedom and rights of the vast majority of Hong Kong residents, Lam said.

The Law of the People's Republic of China on Safeguarding National Security in the HKSAR was adopted by China's top legislature and promulgated in the HKSAR on June 30.