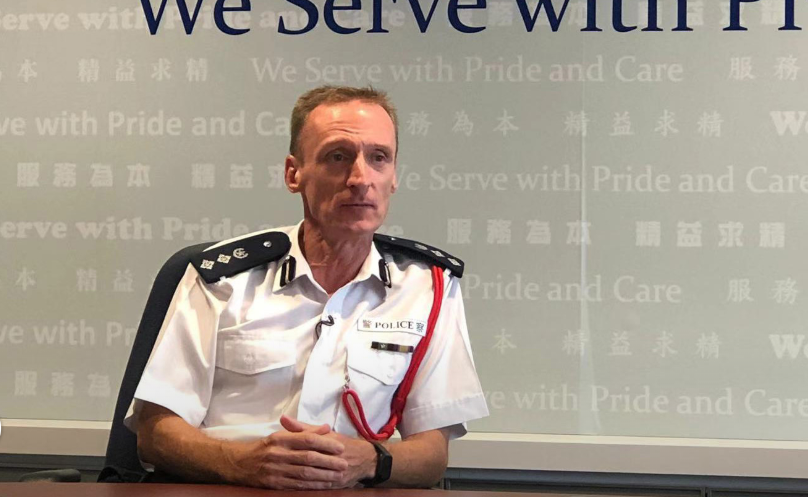 The Independent Police Complaints Council (IPCC) on Friday released a 999-page report into police's handling of the months-long unrest in Hong Kong SAR, which erupted in June 2019.

"No matter what attitude or political stance people hold, I hope the public will give a fair assessment to the report," Carrie Lam told reporters at a media briefing on Friday afternoon.

The long-awaited report exonerated officers for their handling of violent protests, saying the police use of force met international guidelines, and police were not to be blamed for the public animosity they faced.

It also warned the accusations of police brutality must not be used as "a weapon of political protest," and public anger towards the city's force was the result of online smear campaigns.

In the review, the IPCC also made 52 recommendations, including more training for officers and clear guidelines on the use of weapons, which Carrie Lam told reporters that the HKSAR government would accept.

Echoing the report's stance that the protests have been driven and continue to be driven by a consistent and continuing message of hatred against the police, David Jordan, a senior Hong Kong police officer, believed that Hong Kong police do face challenges.

Hong Kong residents rally in support of police amid city chaos
During an exclusive interview with CGTN last August, Jordan said protesters have shown a willingness to use violent and disruptive methods to cause chaos.
"There is a routine now where what is initially a peaceful demonstration will very quickly change into a proactive violent and destructive group of individuals who are only concerned that attacking a police station, police officers who are deployed simply to maintain order. All to cause huge disruption by proactively blocking roads. And they have an intent, I believe, if they have a chance, to physically maim and harm police officers."

He also pointed out that the use of social media to cast a bad light on the police is having an impact on the population.