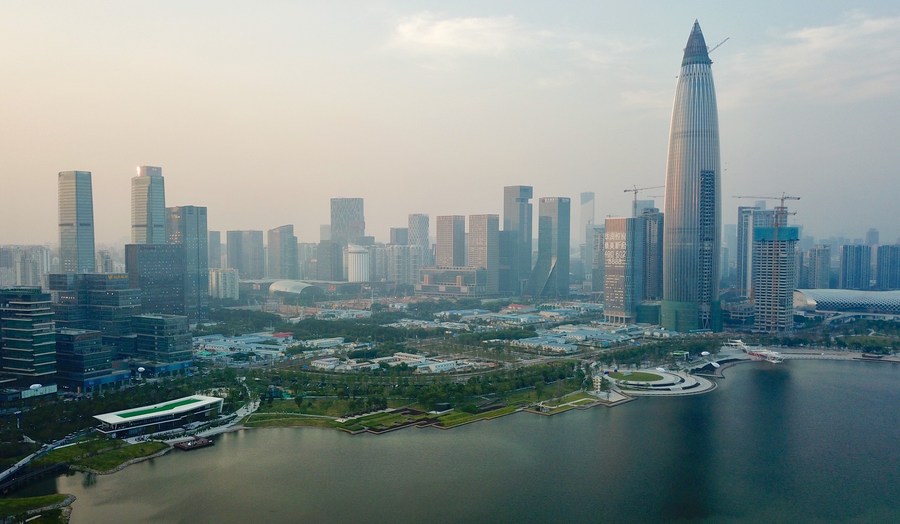 Hong Kong Special Administrative Region (HKSAR) Chief Executive Carrie Lam will attend the celebration of the 40th anniversary of the establishment of the Shenzhen Special Economic Zone(SEZ) on Wednesday, the HKSAR government announced on Monday.

“Hong Kong has been both a contributor and a beneficiary in the journey of the reform and opening-up of Shenzhen and the nation,” a spokesperson for the HKSAR government said in a statement.

As a pioneer in reform and opening-up, Shenzhen attracted many Hong Kong businessmen to invest at the early stage of the reform. And they helped to foster the establishment and rapid progress of enterprises in Shenzhen. Today, Hong Kong is still Shenzhen's largest source of external capital, with nearly 80,000 enterprises operating there.

In the process, Hong Kong has also developed into the international center for finance, trade, logistics, transportation and professional services the way it is today, the spokesperson said.

The spokesperson added that Hong Kong and Shenzhen, as center cities of the Guangdong-Hong Kong-Macao Greater Bay Area, will support each other and advance the development of the Great Bay Area, especially to work together to build an international global technological innovation center.