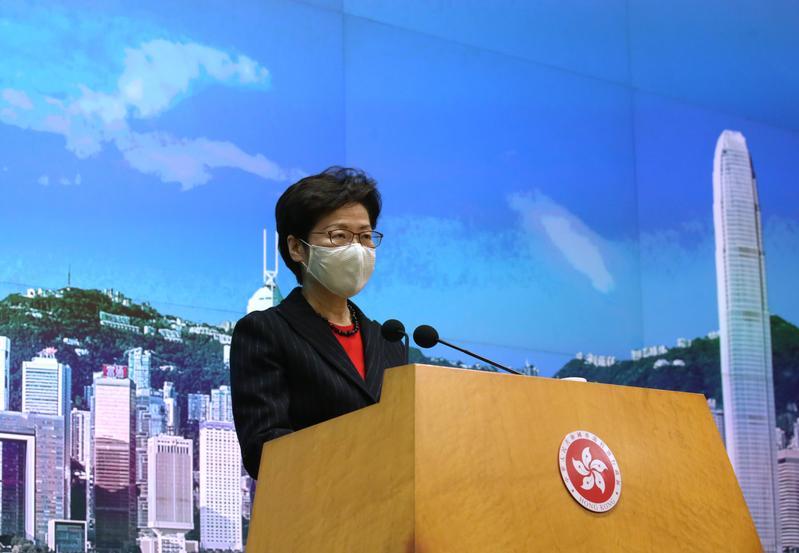 HONG KONG - Hong Kong's Chief Executive Carrie Lam Cheng Yuet-ngor said on Tuesday she will travel to Beijing next week for a three-day visit to discuss plans to revive the global financial hub's economy, which has been battered by the coronavirus crisis that came on the heels of anti-government protests.

Lam, speaking at a weekly news briefing ahead of an Executive Council meeting, said she would leave for Shenzhen next Tuesday before travelling to Beijing.

"My trip to Beijing this time is solely on the economic side that is in light of the economic situation, which of course is very serious in Hong Kong," Lam said on Tuesday.

She will be accompanied by five principal officials - Secretary for Financial Services and the Treasury Christopher Hui Ching-yu, Secretary for Transport and Housing Frank Chan Fan, Secretary for Innovation and Technology Alfred Sit Wing-hang, Secretary for Food and Health Sophia Chan Siu-chee and Secretary for Constitutional and Mainland Affairs Erick Tsang Kwok-wai, as well as the Director of the Chief Executive's Office Eric Chan Kwok-ki.

Lam will call on Beijing for three days, and her stops at Guangzhou and Shenzhen on the return leg will focus on the development of the Guangdong-Hong Kong-Macao Greater Bay Area as well as cooperation plans between Hong Kong and Shenzhen. Lam's trip to the mainland is estimated to last four to five days. The CE said the delegation will solely focus on economic issues during the visit. She added that the trip will not affect the scheduling of Policy Address, currently expected to be delivered by the end of November.