CHINA Carriers with no symptoms a concern

Carriers with no symptoms a concern 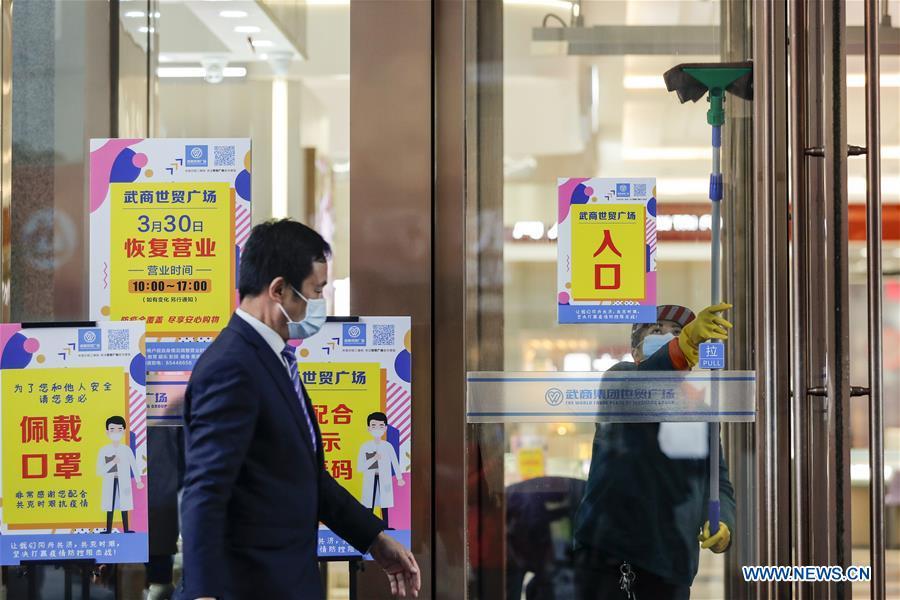 Some Chinese medical experts are calling for more measures to contain the spread of asymptomatic COVID-19 as more such cases have been reported across the country.

The health commission of Henan province reported on Sunday that a female patient confirmed on Saturday was the close contact of an asymptomatic virus carrier, a doctor working for Jiaxian County People's Hospital. The two shared a vehicle and dined three times together on March 21 before she developed symptoms on March 24.

The Henan health commission later found that one of the doctor's colleagues had traveled to Wuhan, Hubei province, and passed a 14-day quarantine. So far, three doctors from the hospital have tested positive for coronavirus while showing no symptoms during a physical examination for medical workers.

The health commission of Gansu province issued a regulation on Sunday to strengthen the monitoring of asymptomatic carriers, ordering that people from Hubei must test negative twice for the coronavirus before resuming work.

The move came after a person from Hubei tested positive for the virus on Saturday. The case raised concerns because the patient possessed a "green code", a QR code issued in Hubei indicating that a traveler is healthy.

China's top medical experts have warned that more measures should be taken to tackle the spread of the virus related to asymptomatic cases. However, some of them said that the public has no reason to panic.

Zeng Guang, chief epidemiologist at the Chinese Center for Disease Control and Prevention, said that China's prevention measures have proved to be effective despite the existence of asymptomatic sufferers.

"Though asymptomatic cases haven't been listed as confirmed cases, that doesn't mean that we don't pay attention to them," Zeng said. "We have confidence in the prevention of further spreading by asymptomatic carriers."

Zhong Nanshan, one of China's most renowned experts in respiratory diseases, reinforced Zeng's view during an interview with China Central Television in which he said that the disease's curve and the current mortality rate suggested that the number of undetected asymptomatic carriers is unlikely to be large in the country.

Containing asymptomatic carriers has long been included in China's disease control plans. A plan issued on Jan 28 stated that such carriers, though not classified as confirmed COVID-19 cases, would be "strictly monitored and put under a 14-day quarantine".

The quarantine would continue if the carriers failed to pass two coronavirus tests. They would be hospitalized immediately if they develop any symptoms, according to the plan.

The public should pay attention to any discomfort, including cough, fatigue and sore throat, and strengthen self-protection such as wearing masks, according to Lu Jinxing, an official at the Chinese CDC.

"Hospitals should also strengthen the monitoring of such patients and trace close contacts to find asymptomatic carriers," he said.