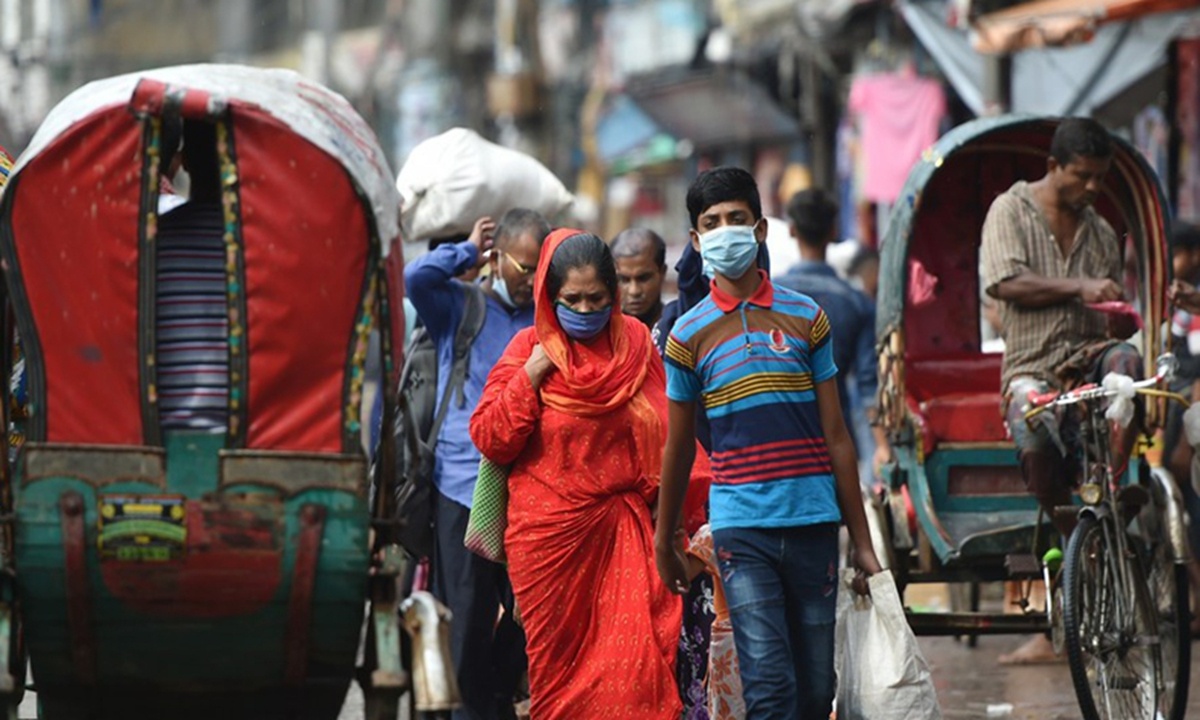 Chinese medical experts said on Wednesday that the recent case that some people in Bangladesh was reinfected with the coronavirus for the second time or even the third time may be caused by patients' weak immune system or virus mutation and the situation is unlikely to repeat in China.

According to the CCTV News app, citing a local newspaper in Bangladesh Wednesday, 25 people in the country have been infected with COVID-19 for a second time, and one person has been confirmed positive for a third time.

A doctor surnamed Das at a local hospital in Bangladesh is the first confirmed case of being infected three times. He told local media outlets that he had a sample test for COVID-19 in the second week of April after getting a fever, and was confirmed positive on April 18. The symptoms were initially mild. He was then quarantined at home for nine days and tested negative.

In the last week of June, Dr. Das again showed symptoms of the coronavirus. This time, he lost his appetite, and his fever and body aches were much worse than the first time. On July 21, he tested negative and went back to work in hospital after resting at home for seven days.

The symptoms appeared again in the second week of October, he said, adding that he tested positive the third time on October 17.

"This is a rare case, and there are two possible reasons: one is that the person's immune system and resistance is weak, so the antibody stays in the body for too short a time, leading to a third infection. The second possibility might be that the virus has undergone a greater degree of mutation, and the antibodies originally produced are no longer sufficient to resist the virus," Wang Peiyu, deputy head of Peking University's School of Public Health, told the Global Times on Wednesday.

"This situation is unlikely to happen in China, and all we need to do now is to control the spread of the virus," Wang added.

Dr. A. S. M. Alamgir, senior scientific officer at the Institute of Epidemiology Disease Control and Research in Bangladesh, told the local newspaper that within six months of the first infection, the virus may become dormant in a patient's body and cause a second infection, adding that it is alarming to see such cases.

"This is a very rare case and it is unlikely to happen in China now," Yang said.