Hong Kong's flagship airline Cathay Pacific needs to fix its security strategy and maintain an appropriate policy stance in the region, without which the company is set to lose in competition with other airlines, analysts said. 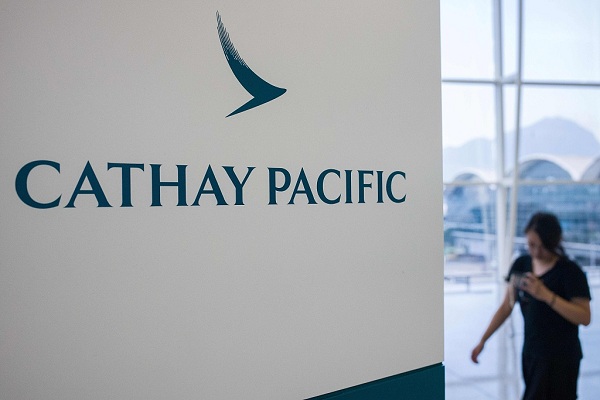 The airline announced in a statement on Wednesday that it fired two pilots it had previously suspended, which was in accordance with the terms and conditions of their employment contracts, showing its attitude toward the violent protests engulfing Hong Kong.

The first pilot was arrested and charged for joining violent protesters in July while the second misused company information when operating flight CX216 on Tuesday.

However, the unrest in the Hong Kong Special Administrative Region, if it continues to worsen, will weigh on the carrier's performance in the long run.

"Without advantageous resources in Hong Kong backing the airline, it won't be easy for Cathay Pacific to cooperate with other carriers since Hong Kong is its foundation," said Guo Ning, an aviation industry analyst.

Air China, the national flagship carrier based in Beijing, is the second-largest shareholder of Cathay Pacific with nearly 30 percent. In turn, Cathay Pacific has an 18.3 percent share of Air China.

The two carriers have a code-sharing partnership.

"Recent declines in the Hong Kong airline's shares caused an asset loss for Air China, but their business ties are not likely to be affected," Guo told the Global Times on Wednesday.

Code-sharing is a kind of "loose cooperation," said Guo, noting that if the code-sharing arrangement ends, it won't have much impact on either airline.

Cathay Pacific's shares have tumbled during the riots in Hong Kong. The shares closed around 2.6 percent lower at HK$9.55 ($1.22) on Tuesday, a nine-year low, taking the loss in the company's market capitalization to more than HK$10 billion since July 18.

Several securities firms made a big bet against Cathay Pacific on Tuesday. ICBC International downgraded its rating to "strong sell" while adjusting its target price down by 39 percent to HK$6. BOCOM International cut the target to HK$11.17 from the previous HK$16.

The shares opened up 7 percent on Wednesday and ended the day 2.83 percent higher.

"The stock climbed mainly because of the good news of the US tariff delay [announced on Tuesday night], bolstering the global economy," said Zeng Fanzhe, an analyst at Beijing-based TF Securities.

"Stocks of airlines with international air routes like Cathay Pacific are naturally climbing thanks to their strong cycle," Zeng told the Global Times on Wednesday.

In the long run, if the unrest continues to disrupt the city's business environment and economic development, Cathay Pacific might lose its battleground, said Zeng.

The Hong Kong-based carrier has witnessed sluggish growth in scale and revenue in recent years while rapidly developing airports in Shenzhen and Guangzhou, South China's Guangdong Province, pose a potential threat to Hong Kong International Airport, according to Zeng.

Swire Pacific, Cathay Pacific's largest shareholder with a 45 percent shareholding, issued a statement on Tuesday saying that "We share the vision of the Chinese central government for a vibrant Hong Kong within an integrated Greater Bay Area that will bring future prosperity and opportunity to the people and businesses of Hong Kong."

"I think it will be sooner than later that Cathay Pacific is bought by Air China as the latter is expanding its layout in the south of China," Zeng noted.