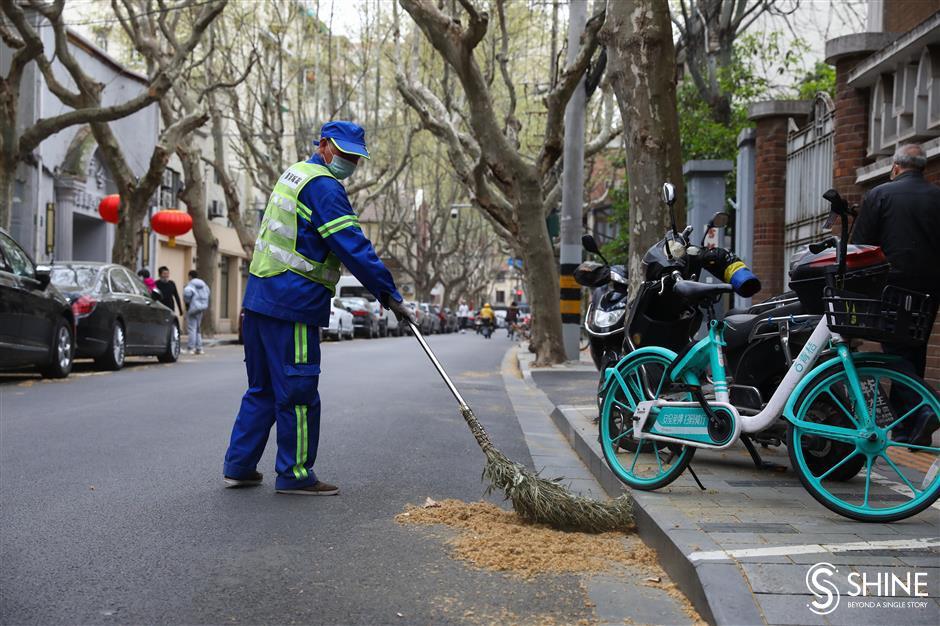 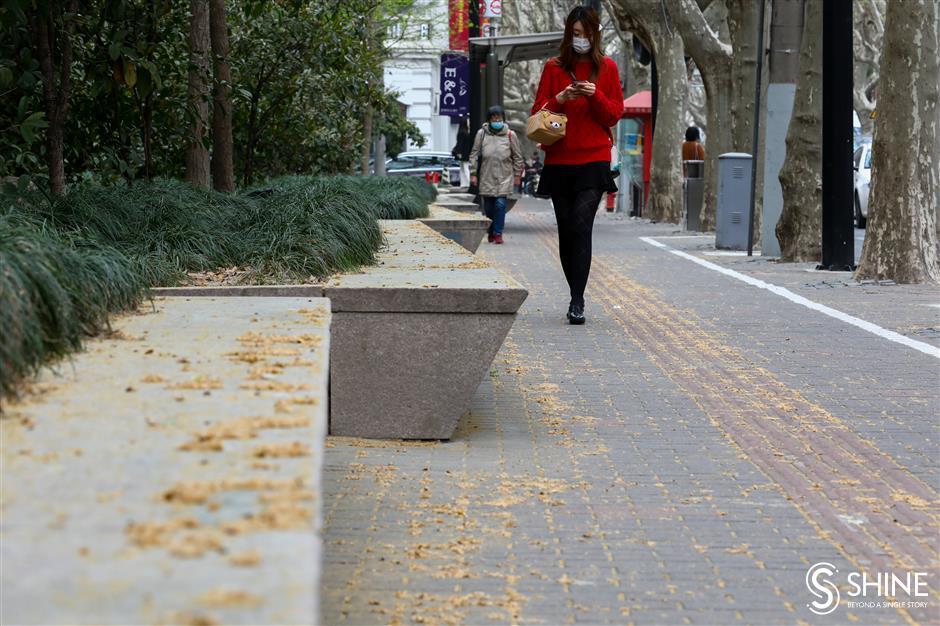 Catkins are seen here and there on Fuxing Road M.

The annoying catkin season is here again, when irritating white cylindrical flower clusters detach from trees and are blown across the city.

The season is expected to last around a month, and people with allergies may experience coughs, sneezing and itching due to catkins, according to the Shanghai Greenery Management Station.

"Because poplar and willow trees are mostly planted at parks in Shanghai, plane trees are the major source of catkins in the city as they are the most common trees on streets," said Liang Jing, an engineer with a station affiliated with the Shanghai Greenery and Public Sanitation Bureau.

There are more than a million trees along streets in Shanghai, with plane, golden rain, ginkgo and camphor being the four major varieties.

Plane trees account for about one-fourth of the city's street trees.

"Although they're responsible for calkins, the trees provide shade in summer and let light through during winter," said Liang. "Moreover, they're better at purifying air than many other trees, making it impossible to replace them with other varieties to curb catkins."

Catkin season in the city usually comes in April and May.

Last year, the season started 10 days earlier than usual due to dry, warm weather, said Liang. This year, the arrival time is about the same as usual due to recent rainy weather.

In April and May, rising temperatures spur the growth of new leaves, and mature buds burst and fall — leading to flying white balls and pollen.

Those with allergies should wear long-sleeved clothing, masks and glasses to fend off catkins. If a catkin gets in the eyes, they should wash them with clean water or wipe them with a wet paper towel. Cold compresses with wet towels also help relieve allergic reactions.

In Xuhui District and the Pudong New Area, high-range spraying, dust curbing and advanced sweeping technologies are being used to stamp out the menace.

The combined methods are primarily applied to trees that are difficult to trim, as well as those on restricted roads and crowded streets.

These methods were initially used last year and proved to be very effective, said Liang.

In Xuhui, they are being applied to 7,751 plane trees on 47 streets this year, twice as many as last year.

"We started patrols in early March to observe the growth of plane trees and avoid missing the best application times," said Wang Xu, deputy general manager of the Xuhui Gardening Development Company, which is in charge of the work. "The technologies have gone through a number of tests to ensure accuracy and distance. Last year, we did not receive a single complaint from people living in the areas we serviced."

Beginning in December, branches from tall trees have been trimmed to prevent them from producing catkins. 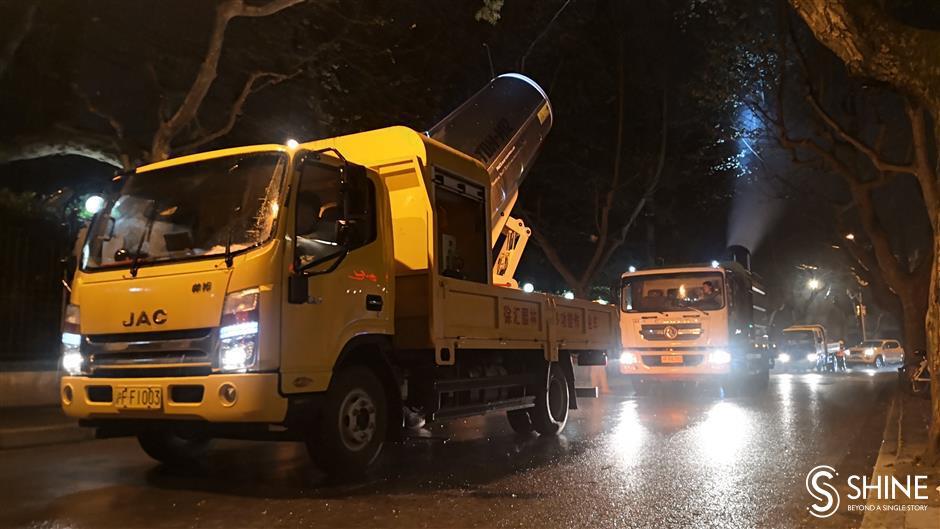