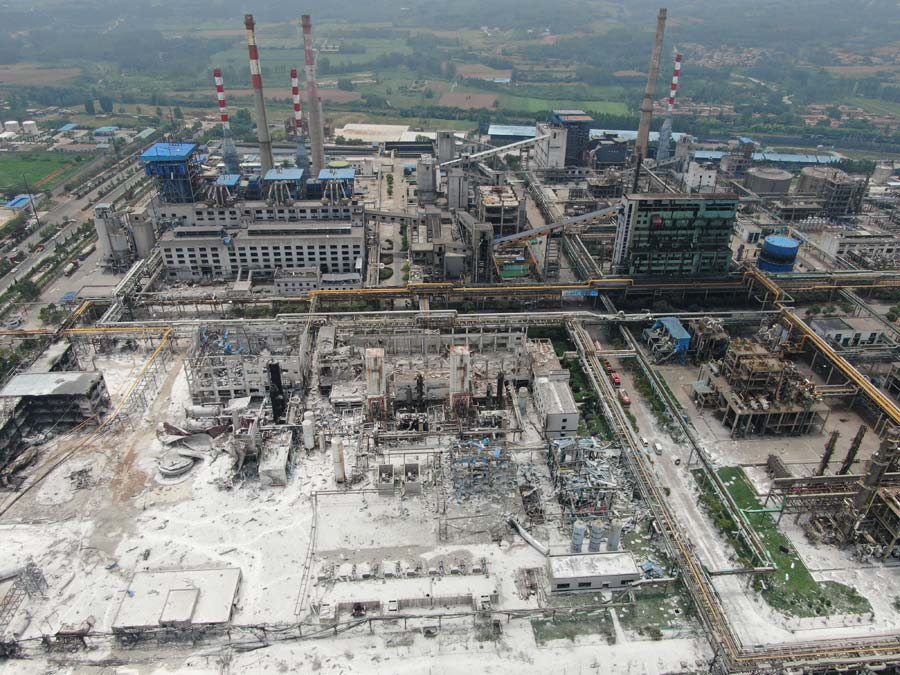 Liquid oxygen leaking from a broken storage tank caused the deadly blast at a gas plant in Henan province that killed 15 people and severely injured 16 on July 19, an investigation report said on Friday.

Having identified the hazard, the plant did not repair the leaking facility, leading to a large amount of oxygen accumulating around flammable substances.

This ultimately caused the explosion, the Ministry of Emergency Management said in a statement.

The plant found the oxygen leak on June 26 but failed to give adequate attention to the problem. It decided to monitor the leak while continuing normal operations, the statement said.

Production was not halted even after cracks were found on the tank, which caused further leakage on July 12, it said.

The ministry said a loophole in safety management and poor risk control were the major causes of the accident.

The ministry called on companies to learn from the blast and address hazards as soon as they are found.

It also asked local emergency management authorities to offer by the end of August education programs to company executives in the chemical production sector on the law, risk control and lessons from the Henan explosion.