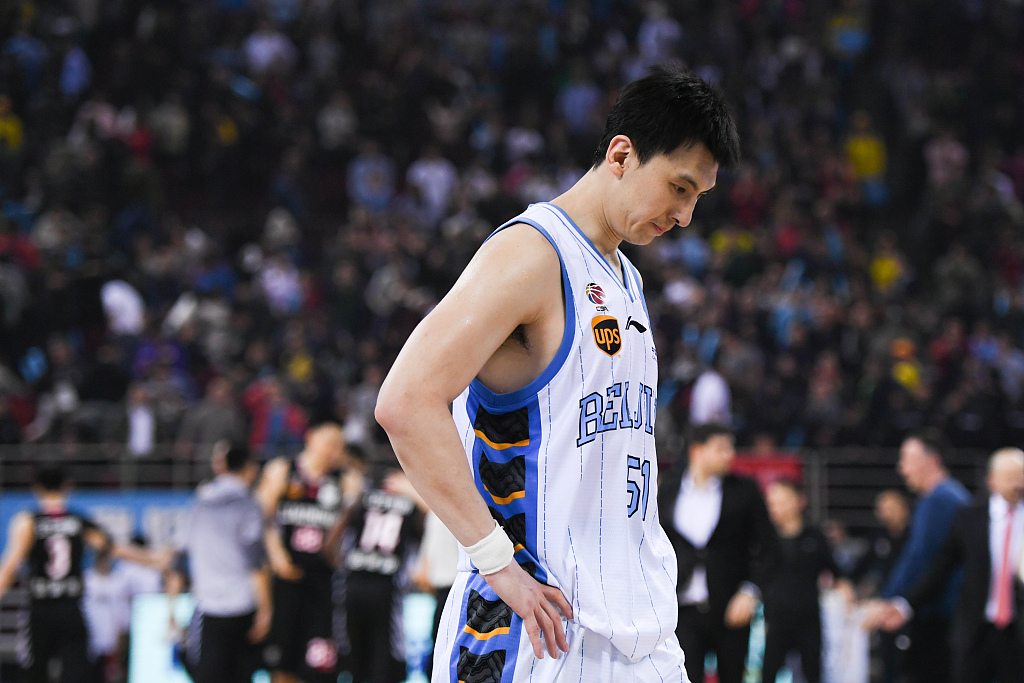 "2:14 a.m. on December 5, 2019, after fighting against lung cancer for over a year, Ji Zhe left us," the Beijing Ducks said in a statement on social platform.

Ji was diagnosed with the disease last August, before going to the United States for treatment.

"Ji has gone. He will love basketball as always, like he's never gone. His No. 51 jersey will stay here forever," read the statement.

Ji joined the Beijing Ducks in 2007. The 2.02m-tall power forward was regarded as a good rim protector, contributing to the team on both ends with his jumpers, three-pointers and rebounds, also impressing fans with his passion on the court.

He claimed the CBA championship title in 2012, 2014 and 2015 along with Stephon Marbury, current head coach of the Beijing Royal Fighters.

"This moment I feel saddened for your family members who love you. My bro, my teammate, my companion, my captain, I hope everything is smooth in the other world. I pray that your family members can bear the pain of loss, and hope they can stand in braveness. They can feel the energy by people who love you everywhere in the world. R.I.P," Marbury wrote on social platform.

"Hopefully basketball will accompany you in the heaven! R.I.P," wrote Yi Jianlian, the CBA's all-time leading scorer from the Guangdong Southeast Tigers.