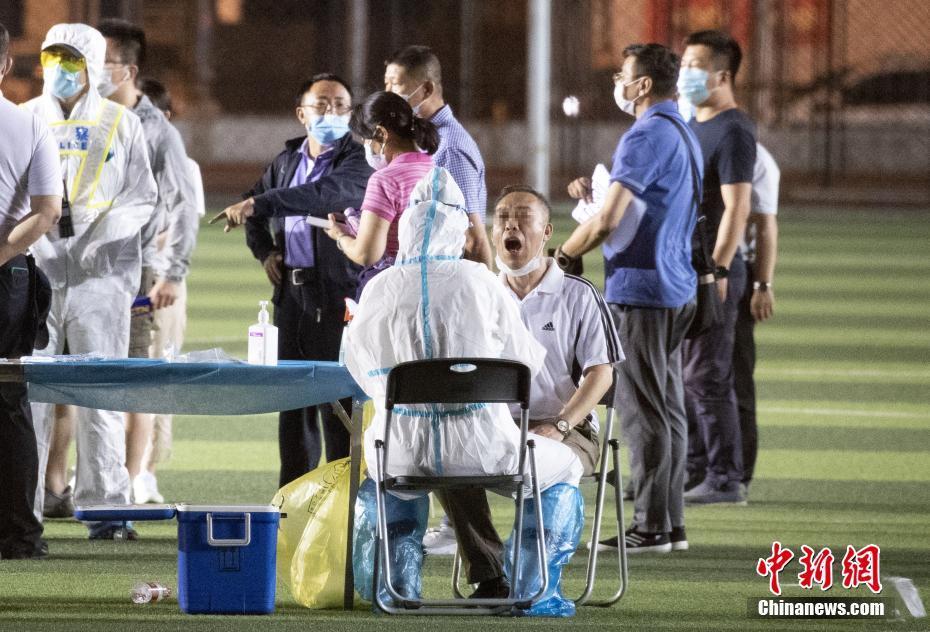 More COVID-19 outbreaks in China similar to the ongoing one in Beijing are likely because the pandemic has yet to be contained globally, but they will be brought under control quickly, a senior public health expert said.

"With the massive global pandemic going on, it is very natural that the outbreak occurred in Beijing, and it would be no surprise if a similar outbreak happened accidentally in another area in China," said Gao Fu, director of the Chinese Center for Disease Control and Prevention.

"However, I am confident that such local outbreaks will be effectively suppressed once they are identified, as we have experience in COVID-19 epidemic control in Wuhan and competent public health professionals, including community health workers and CDC workers."

As of Wednesday, the outbreak in Beijing, which is linked with a major wholesale food market in the city, had resulted in 329 confirmed cases over the past three weeks.

The outbreak has been brought under control, with just one new confirmed case reported on Wednesday. Before the outbreak, Beijing had reported no new domestically transmitted cases of novel coronavirus infection for 56 days.

In a report published last week, China's CDC said the virus strain that caused the outbreak in Beijing originated in Europe, based on genetic analysis of virus samples collected from the Xinfadi wholesale food market.

Gao said the virus that caused the outbreak was likely carried to Beijing from overseas via contaminated products shipped to the market or by an infected person, with the latter scenario much more probable.

"An asymptomatic case may have entered China via air or land and ended up in Beijing," he said. "The person may have visited Xinfadi and caused the spread of the virus there. The virus may also have been spread by meat vendors in the market, who became infected while transporting goods from other areas such as Heilongjiang province."

There is still much about the Beijing outbreak and the coronavirus strain responsible for it that remains unknown, Gao said. The virus strain seems to be less infectious than previously thought, and researchers are still trying to find out why it may have lurked in Xinfadi market for some time before causing an outbreak, he said.

Vaccines would be a major weapon to bring the pandemic under control, but Gao said people should not be too optimistic about the effectiveness of COVID-19 vaccines, even though research and development is progressing rapidly.

Four of the five candidate vaccines under development in China have been put into clinical trials, he said. Some vaccines for the disease have produced antibodies for the coronavirus, but it is still unclear if they will give recipients adequate immune protection, or how long the protection will last if they do.

Despite uncertainties, the vaccines could be used for some key groups, such as health workers, including doctors and nurses, the elderly and people from high-risk areas, in case of a major emergency, he said.

"Without the presence of effective vaccines and drugs for the coronavirus, the most effective measures for prevention still are wearing masks, maintaining social distance and washing hands frequently," Gao said.

With the global COVID-19 pandemic showing no signs of abating anytime soon, China cannot close its doors entirely as the cost would be too great, Gao said, and it must be well prepared for any other local outbreaks caused by imported infections.

"The global COVID-19 pandemic is still rising, and it is foreseeable that similar outbreaks could happen in other areas in China, although their scale will be determined by how the strategy of early identification, reporting, isolation and treatment of cases is carried out," Gao said.

"If we can identify cases early and take prevention and control measures promptly, such outbreaks will be brought under control."