CDC says coronavirus mutation from overseas not detected in China 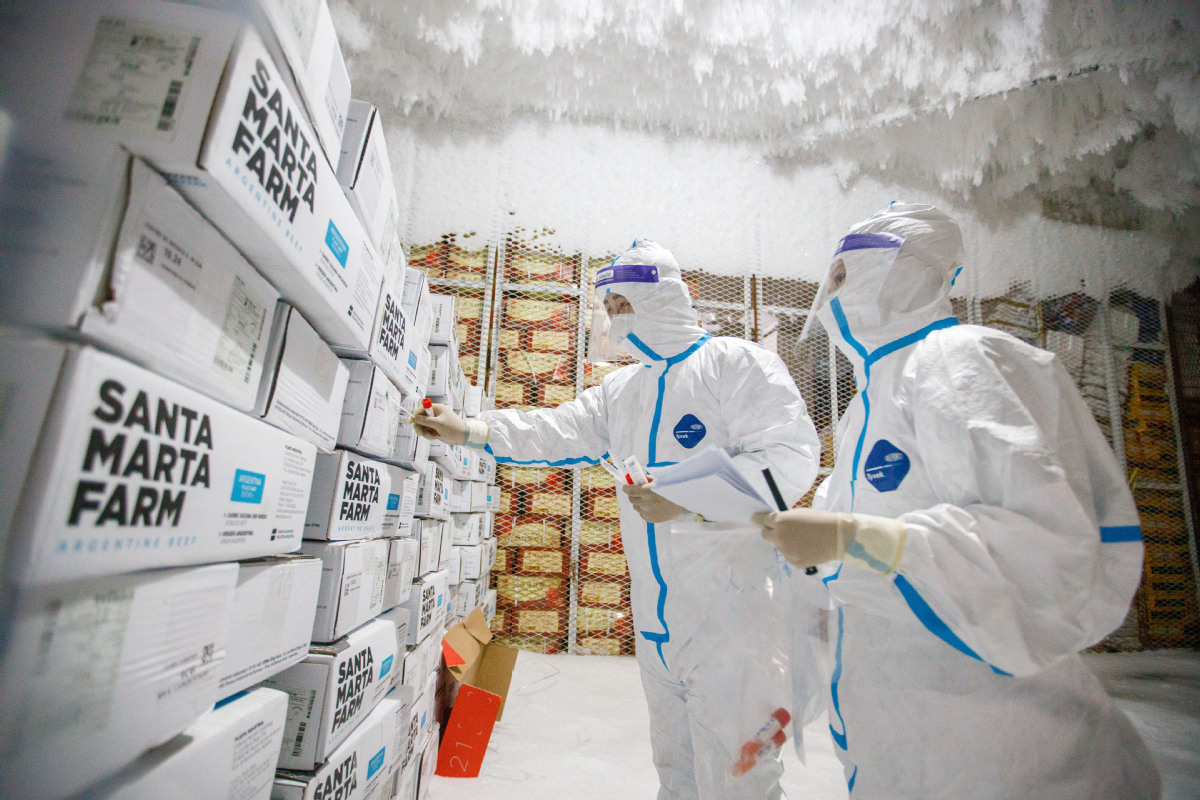 A mutated novel coronavirus circulating overseas has not been found in China, and Chinese researchers are closely monitoring virus mutations and examining new steps to cope with them, according to a senior disease control official.

Feng Zijian, deputy director of the Chinese Center for Disease Control and Prevention, said that no evidence of the mutations has been found in genomic sequencing data from virus samples taken from infected incoming travelers, contaminated imports arriving in China or other sources in the country.

"The China CDC is keeping a close eye on mutations and analyzing their risks and their potential to become mainstream in the future as well as devising targeted preventive measures," he said in an interview with China Central Television on Monday evening.

Concerns about virus mutations were thrust into the spotlight recently when the United Kingdom announced over the weekend it would impose strict new lockdowns in response to a new variant that appears to accelerate the transmission of the coronavirus.

Feng said a series of disease control measures taken by Chinese authorities for months are "very effective" in containing imported infections and stamping out local transmission of the virus.

"As for the mutated virus detected in the UK, we are conducting studies and analysis to see which steps need to be strengthened to cope with it," he said.

Feng said the incidence rate of COVID-19 infections in the UK has soared in recent weeks and the proportion of the mutated strain among all cases is climbing rapidly, which speaks to the stronger transmissibility of the new strain.

However, he said more research is needed to evaluate the new strain's pathogenicity－its ability to cause infected people to show symptoms－and its impact on the overall death rate.

More efforts will also be devoted to measuring the new strain's response to antibodies triggered by vaccines, he added.

Zhang Wenhong, director of the Center for Infectious Diseases at Fudan University's Huashan Hospital in Shanghai, said the novel coronavirus is an RNA virus that mutates frequently during replication.

Thousands of mutations have already arisen but only a few are likely to be substantial and will change the virus significantly, he said in a post released on the microblogging platform Weibo on Tuesday.

Zhang added that before mass vaccination is rolled out, it is highly unlikely that the virus will develop mutations that could render vaccines currently undergoing trials ineffective.

Zeng Yixin, vice-minister of the National Health Commission, said during a news conference on Saturday that all known mutations of the virus were believed to be normal and would exert no major influence on the efficacy of vaccine candidates.