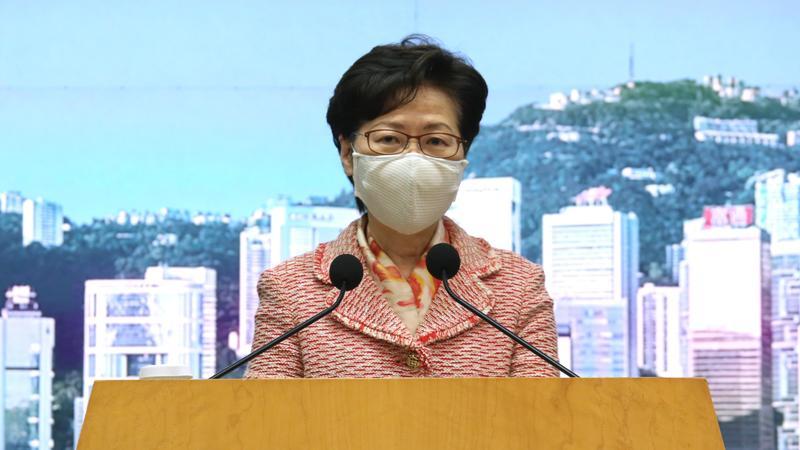 In a statement issued on Monday morning, the government said Lam will make the appointment under Article 88 of the Basic Law once the Legislative Council (LegCo) endorses it.

"I am pleased to accept the JORC's recommendation on the appointment of Lord Hodge as a non-permanent judge from another common law jurisdiction of the Court of Final Appeal," Lam was quoted as saying in the statement.

“Lord Hodge has been appointed as Deputy President of the Supreme Court of the United Kingdom since February 2020. He is a judge of eminent standing and reputation. I am confident that he will be a great asset to the Court of Final Appeal, ” she added.

Lam also said that with Lord Hodge’s appointment, the panel of non-permanent judges from other common law jurisdictions will consist of 14 eminent judges from the UK, Australia and Canada.

“The presence of these esteemed non-permanent judges manifests the judicial independence of Hong Kong, helps maintain a high degree of confidence in our legal system, and allows Hong Kong to maintain strong links with other common law jurisdictions," Lam said.

“I have every confidence that these distinguished jurists from overseas with profound judicial experience will continue to be a unique strength of our judicial system," she added.

Chief Justice Geoffrey Ma Tao-li welcomed the acceptance by the Chief Executive of the JORC’s recommendation on the appointment of Lord Hodge and noted that the government would seek LegCo’s endorsement.

The recommended appointment of Lord Hodge will increase the number of non-permanent judges from other common law jurisdictions from 13 to 14, providing greater flexibility in dealing with the caseload of the Court of Final Appeal.

Lam last month stressed that the independence of the city’s judiciary remains intact.

Hong Kong’s political system, its constitutional order as well as its judicial independence are free from any interference, Lam said.

In a notice, the HKSAR government also said Article 2 of the Basic Law stipulates that the common law system should be maintained in Hong Kong.

Article 82, meanwhile, states that the power of final adjudication of Hong Kong shall be vested in its Court of Final Appeal, which may as required invite judges from other common law jurisdictions to sit on the court.

“The fact that these eminent judges sit on the CFA testifies to Hong Kong's judicial independence, helps maintain a high degree of confidence in our legal system, and allows Hong Kong to maintain strong links with other common law jurisdictions," the statement reads.

According to the statement, the Basic Law provides for the SAR’s political structure, which is an executive-led system. Hong Kong’s administrative system has a robust division of labor, in which the executive, legislative and judicial branches perform their duties independently while also ensure checks and balances among themselves, it added.